The Great Un-Purge, Day 2: Are there characters whose situations prefigure various fates that might await the hero? 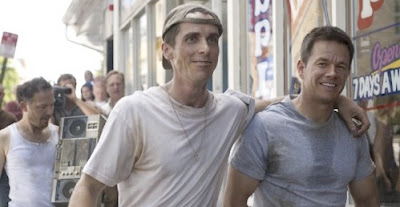 We’re still trying to rescue some questions from the Tone section, which was cut from the book for space.

On appeal: Are there characters whose situations prefigure various fates that might await the hero?

Why it was added: I really like this idea. It’s a great way to subtly add power to your story.

How do the checklist movies answer this question?
Deliberations: I like those answers! It would be a shame to lose this one.

The verdict: Have you found this question useful? Should I save it? Move it to concept? Move it to theme? Would it need to be rephrased?
Posted by Matt Bird at 8:00 PM

This is super-useful -- keep it in!

Except your answer for SILENCE OF THE LAMBS is strained. Both Clarice and the audience have zero fear that she will end up a genius cannibal (Lecter), or a sleazily flirtatious master of a petty fiefdom (Chilton), or a slightly condescending father figure (Crawford).

Also, in ALIEN I don't think Ripley is ever afraid of becoming a robot like Ash. She's by-the-book, but Ash explicitly goes against the book to open the airlock and break quarantine! They share nothing in common that would make one the road-not-taken clone of the other.

Interestingly, in STAR WARS many characters who aren't Luke do have little "double" moments. When we first see C-3P0, there is an identical silver protocol droid walking right behind him that wanders off onto another hallway. A double! If the similarly-shaped-to-R2-D2 robot, the red R5-D4, didn't have a "bad motivator" and blow up on the Jawa used-robot lot, Luke would've bought him instead of R2. A double! When Ben Kenobi is first seen talking to Chewbacca, there is a young star pilot who is not Han Solo in between them who steps aside. A double! It happens enough times that I can't help but feel it's intentional.

Also the one very big one - Darth Vader. Even in the original film with its lacking emphasis on jedi training he offers that parallel. Obi-Wan tells Luke his last pupil was seduced by the Dark Side, and then a sentence later basically says "let me train you."

I love this question. Is a terrific way of subtly increasing the stakes for the hero.

It's a great technique, and is used to great effect in Ross Macdonald's novels. In Black Money, a recurring character type was a beautiful woman treated as a possession. The book had several, and their lives were variations on how that theme can play out. There was the poor little rich girl with the dead father and the strange suitors; the working class girl who’s lost to a mobster when her husband bets her in a crap game and decides to stick with the old mobster for his money; the frustrated woman who was seduced by her college professor long ago and now lives out life as a mother of three trapped in a sham marriage; and there may be a fourth, but memory fails. As the story moved ahead, centered on the mysterious doings around another beautiful young woman who is viewed by several men as a prize to be won, those variations on the theme suggested how the story might end without directly foreshadowing it.