The Great Purge, Day 2: Character decisions driving the plot, rather than plot 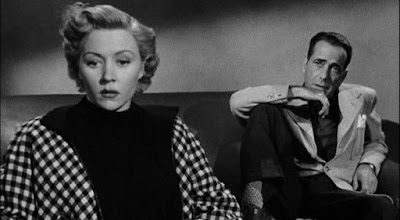 Hi guys. Once again, we’re trying to cut the 140 checklist questions down to 120. On trial today is a question from the Structure section: By halfway through, are character decisions driving the plot, rather than external plot complications?

Why it was added: It’s good advice.

How do the checklist movies answer this question?
Deliberations: I don’t find these answers to be particularly illuminating. The real problem with this question is that it’s repetitive: If you do all of the other steps in the structure (spiritual crisis, etc.) then this will pretty much automatically happen.

The verdict: I think it should go.  Feel free to speak up if any of you have found it useful, or if you would miss it.
Posted by Matt Bird at 11:53 AM

Gonna have to disagree. This piece of advice was HUGE in terms of developing my writing. As you said, it's somewhat encompassed in other parts of the checklist, but I think hearing it articulated this way on the checklist really, really helps.

But that's just my own opinion/experience of course.

I think it should stay, too. It's a piece of advice that isn't obvious, but helps make sense of, and put into context, so much else. I think it would be a loss.

Personally, I think it should stay -- it's a great bit of advice that really keeps you focused, especially when you are developing your story. It may not end up being 100% true all of the time, but as a rule it has always kept me grounded and has always helped me when I'm stuck somewhere in the second part of the second act slump.

You guys are making it hard on me to cut! Okay, you've convinced me, it can stay. (And thanks so much for helping me work through this!)