When Brooks turned his movie The Producers into a hit Broadway musical, the call went out for a follow-up and Brooks next chose to adapt Young Frankenstein, but that’s a little weird, right? That movie has only one song (the pre-existing “Putting on the Ritz”), while this one has five, four of which were written by Brooks for the movie.

The problem, of course, is a certain word beginning with “n”. This word was already offensive and taboo in 1974, but in a way that it could be used as an intentional outrage and still be uncomfortably accepted (and it greatly helped that Richard Pryor joined the movie as co-writer, giving the other four credited writers a lot of cover.) But by the time the Broadway shows were made, the climate had changed.

In most ways, of course, that change was for the better. Too many white writers and comedians had said, “Oh, I have the right to use that word because…” and as actual black critics and taste-makers gained influence, there was finally a feeling of, “enough is enough”, and an unspoken blanket ban went into effect, and that’s fair.

But the irony is that this has happened parallel with a rise of outrageously offensive TV shows such as “Family Guy”, “South Park”, and “It’s Always Sunny in Philadelphia.” How do they get away with it? Well, one cover they all use is that of “equal offense.” They’re knocking everybody down in all directions, and knocking themselves down while they’re at it: the left sucks, the right sucks, the powerful suck, the powerless suck, and we suck most of all, so no one has to be offended. 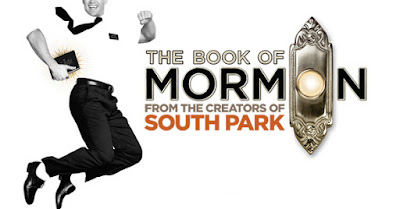 Indeed, the “South Park” guys later launched their own Broadway musical, in which both Mormon missionaries in Africa and the African themselves are tarred equally (They think having sex with frogs will cure their AIDS! Ha ha!) and they got away with it.

But Blazing Saddles is doing something more daring and more dangerous: Brooks, Pryor, and the other screenwriters are taking sides. Their cannons are only pointed in one direction. Ironically, it’s probably this ingenuousness that does the most to make the story unmountable today: What right does Brooks have to take a stand for people who aren’t his own using words that they find offensive? It’s a fair question, but also an ironic one, given that the easiest solution would have been to simply take no stand and wish plagues on all houses.

Rewatching the movie, I thought a few times of Amy Schumer, who seems to be bringing back the idea of partisan comedy, actually taking a stand against guns and misogyny and blasting away. I would love to see comedy move back in that direction.
Posted by Matt Bird at 8:28 PM

You've hit the nail right on the head here. "Equally offensive" comedy is something of a scam, I think. The "non-partisan" comedy of South Park, for example, often ends up just serving as cover for them to be partisan anyway: they appear to make fun of every side of a current issue, sure, but then they usually end up offering a "common sense" take on the issue that subtly showcases their own (decidedly libertarian) politics. And shows like Family Guy find much of their comedy in nihilism, and I believe that nihilism is always, ultimately, pro-status-quo. After all, if everything and everyone sucks, then there's no point in changing or improving anything ... which is far from a politically neutral view.

Agreed on all points!