What's the Matter with Superheroes, Part 3: The Villain Problem 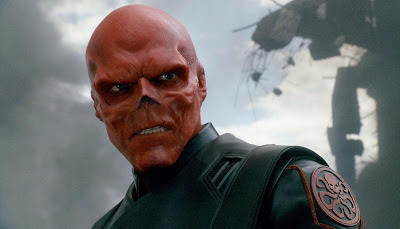 I’ve tried my hand at writing a superhero movie from scratch, and quickly found that it’s a lot harder than it looks. One of many problems you have to solve is this: where do the villains come from? It’s hard enough to dream up a situation that would create and motivate a super-hero, but now you have to create an equally powerful super-villain and quickly smash them together. There are, of course, short-cuts that will get you there, but those short-cuts create their own problems.

Let’s start by looking at the different types of super-villain origin, pro and con:

Street crime: Daredevil movies and TV, most Batman movies
Big evil plan that has nothing to do with the hero: Superman, Spider-Man 2, Captain America 2, Iron Man 3
Just attacking the hero, civilians get in the way: Spider-Man 1, X2, Man of Steel, Dark Knight Rises, Thor, Fantastic Four, Iron Man 2
I never understood why the villains were doing what they were doing: The Avengers, Dark Knight Rises, Thor 2
Ultimately, super-villains have to be the flip side of the hero on some thematic level, but if they have the same origin, or it’s just a grudge match, then you’ve lost the “hero” part. As I said before, action movies require civilians…and ideally those should be civilians that the hero didn’t personally endanger!

Obviously, this was one of the biggest problems with Avengers 2, but to a certain extent that was by design: it helps that this is the middle movie in a trilogy, and it’s clearly supposed to be a low-point. Still, it would have been better if Tony Stank had suffered real consequences and/or guilt for causing all this evil, instead of the car-commercial final scene he had.  Presumably, the consequences will hit later.
Posted by Matt Bird at 11:05 PM

The "same incident creates both," "villains create self from good guy's stuff," and "hero creates villain" have the appeal of adhering to the "Law of the Conservation of Weirdness," which makes sense for some genres but doesn't fly very well for superheroes. Heroic fantasies shouldn't contain the nagging feeling that it would have been better for everyone if the empowerment had never happened. Superhero stories are not good places to adhere to the Law of Conservation of Weirdness. Let a million bugnuts flowers bloom, man.

Also, for what it's worth, I think "dark mirror" villains are never as interesting as writers believe. We're interested less than "what would it be like if the hero went wrong" than the counterpoint of the hero, the embodiment of the anxiety that the hero is designed to combat.

Crap, I just deleted a comment by accident! So sorry to the first commenter! (Blogger is flirting with a nested system, and I think it was nested in with a blank comment)

Harvey: Yes, I agree that the Law of the Conservation of Weirdness is usually good but can also be problematic for the reasons you state. Ultimately it's most necessary on a show like "Smallville" or "Flash", where you can't have new super-villain origins every week, so both shows rewrote the original stories so that the thing that created the hero could keep churning out villains as well.

The greatest mirror image villain of all time is Bizarro. And I think it's because he's essentially a comedic figure. No matter how hard anyone tries, there's just nothing remotely menacing about Bizarro. Certainly nothing that trumps his outlandish retarded silliness. Whoever has the film rights to the character just ought to get Trey Parker and Matt Stone to write a script and Edgar Wright to direct it with, say, Danny McBride in the lead. Bizarro would be the antiheroic protagonist and Superman should almost be peripheral to the bulk of the story, coming off -- from Bizarro's POV -- as the smug douchey jock that he actually sort of is. Whereas Bizarro can be a kind of an autistic genius, uncovering our cultural hypocrisy with his relentless contrariness.

I'm loving this series of posts! Nice to see such a thoughtful take on superhero movies. Too often, the genre is either condescendingly dismissed, or loved/hated with uncritical fanboy intensity. You're doing the genre a real service here.

I think that the more problematic scenarios you mention in this post("same incident creates both", "just attacking the hero, civilians get in the way", etc) could potentially make for a fine story, as long as they're utilized with the honest intention of reflecting on or critiquing aspects of the superhero genre. In other words, I think it's ok for the audience to wonder if the world wouldn't just be better off without the hero, or even without superheroes in general, IF that's actually, honestly, the POINT of the story.

The definitive example of this being done right is the original Watchmen comic, in which some of the superheroes turn out to be the true villains of the piece. Alan Moore wasn't trying to tell a traditional superhero story, but he wasn't just "updating" the genre to be "darker" or "grittier", either. He was, in fact, critiquing the whole concept of superheroes, and the implications of that concept when applied, however metaphorically, to the real world (might makes right, "enlightened dictators", etc). And since civilian casualties are mentioned in this post, it's worth noting that Moore actually went out of his way to name and humanize several of the civilians who, by the end of the story, would be unquestionably better off if superheroes didn't exist at all.

A problem arises when the filmmakers of superhero movies want to have their cake and eat it too. The superVILLAINS are made to be always darker, more disturbing, and wreak more and more havoc on society ... but this DOESN'T lead to much honest questioning of the traditional role of the superHERO. This is troubling, and makes no sense. As much as I enjoy The Dark Knight, I think it does suffer somewhat from this problem (and Dark Knight Rises took it to a whole other level).

J.S.: I, of course, am the guy who pitched a (semi-)serious Bizarro series to DC. My take was that Bizarro (who had last been seen in deep space) gets grabbed by some aliens who want him to save their world, assuming that he's Superman, so now he's finally got the chance he always wanted to be Superman and he's got to live up to it. (I later realized that it wasn't that good of a pitch. Bizzaro is weird enough, so we should just let him weird on Earth instead of putting him on a weird world.)

Danny McBride could be great casting.

Peter: Excellent point. You can't deconstruct the idea of the villain if you're not willing to deconstruct the heroes too. (That's why you can't do "The Further Adventures of the Watchmen.")