8 More Satisfying Ways that Serial Could Have Ended 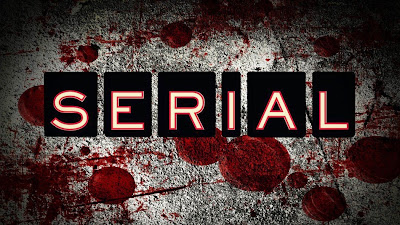 I share the general impression that “Serial” did not stick the landing (though I wouldn’t go as far as some). Was this inevitable? What options did creator Sarah Koenig, have from a narrative-building perspective?

Let’s start with the options that had already lapsed by the time she began production on the final episode:
That said, once the previous 11 episodes had already posted, and she was painted into that corner, I think there were still ways to offer more satisfaction. What options was she left with?
But I think one problem was that the specter of Janet Malcolm was looming over Koenig. Malcolm wrote the New-Yorker-article-turned-book “The Journalist and the Murderer”, in which she criticized true crime writer Joe McGinniss for befriending Jeffrey MacDonald, the green beret who chopped up his family, by claiming he would try to free him. Once McGinniss decided MacDonald was actually guilty, he hid this conclusion to maintain access. After McGinniss got his bestseller, Malcolm got her own bestseller by criticizing McGinniss’s ethics.

Koenig tells us that she had assumed that many more exculpatory items would emerge after she uncovered the possible alibi for Syed early on, but none did, and she surely started to suspect that she was digging a dry well, but once she had formed a relationship with Syed, I suspect that she was reluctant to go there, for fear of Malcolm-style criticism

So what options does that leave?
But wait, now we’re running into another ethical (and legal) issue. The problem with this is that each alternate narrative would involve accusing Jay of different crimes than the ones he admitted to, either accusing him of doing it himself or or covering up for someone else and then perjuring himself. Defense attorneys are allowed to idly throw suspicion on third parties in court, but journalists aren’t. It’s slander.
Syed’s charismatic / enigmatic personality has been the pivot for the whole show, and I would at least ask that the show end on his words. Instead we ended with Koenig saying the words “We don’t know.” Ugh. That’s exactly where we began. Please let somebody, somewhere, reach some sort of conclusion about this whole inquiry, even if it’s just the man himself.
Posted by Matt Bird at 11:20 PM

Errol Morris doesn't think Jeffrey MacDonald is guilty. He wrote an entire painstakingly documented book about the case, A WILDERNESS OF ERROR, in part because he'd been unable to convince backers to fund a new documentary film about the murders.

Errol Morris is something of a crank. I've read Error and Fatal Vision, and it's clear Macdonald killed his family.

There is a larger question about the unknowability of things. You'll never have a perfect case with every last question answered. All you can do is your best.

After Bill first frees an innocent man from death row and then elicits a confession of war crimes from a formerly smug technocrat responsible for tens of thousands of deaths, I'll be more inclined to trust his certainties about other cases.

As for Matt's other observations about SERIAL, I keep thinking that you're still kind of stuck on how this show failed to meet your standard assumptions of what kind of genre story it would tell.

As someone else remarked, maybe on Slate, this is "show your work journalism," and it's quite literally about the process of sorting evidence and figuring out what the story is and what she really thinks about it as she's digging into it. All of those steps traditionally take place off screen.

Koenig is up front about the messiness of seeing her sort through the evidence and go back and forth with respect to her conclusions as she does so. I don't believe that she pulls any punches in that final episode or that her ultimate position of "would have voted to acquit on the jury" but "still not totally sure he didn't do it" is weaseling or ought to have been foreseeable.

In a way, you're right, the final episode is less compelling than the one that immediately preceded it. But isn't that often the way that longer episodic stories play out? There's a climax, then a denouement (the most exciting episode of BREAKING BAD's final season isn't the last one). Adnan's psychopath test results are negative. Which throws the show back to its strength and its main throughline, the question of character, of how someone who seems so otherwise sane, kind, nice, normal, even empathetic could do what he's accused of doing. Could he have snapped? Could he have momentarily lost not just his reason and his self control but his memory? Might he have done this horrible deed with no conscious recollection of it? And so on... People do these things, crazy or not, and they aren't easily explained away by any of the psychological theories the episode offers up.

So it doesn't surprise me that the final episode is still all about character, about the protagonist's character, how Koenig got into this, what she imagined she would get out of it, how she's still frustrated with what are either Adnan's lies or his most inconvenient memory holes, how she's at her best when she's recounting her belated interview with Hae's other boyfriend Don, who has nothing but good things to say about both Hae and Adnan.

I agree that one of the great values of the show was as an exploration of the journalism process in real time, but the anti-climactic finale shows one of the pitfalls of this: there's a reason why journalists reshape and re-order their facts for dramatic effect once they've collected them.

I have no horse in the MacDonald fight, but reading the press for the Morris book when it came out, his own summary of the exculpatory evidence he collected didn't seem very compelling to me. As a general rule, however, I certainly have more respect for Morris than McGinnis based on their other work, of course.

Well, the Oscar noms are out now, bland wrong-headed and snubbing a bit more than usual. Hope to see a best-of countdown from you in the coming weeks.

Did you happen to see any of the interviews with Jay and the prosecutor that The Intercept published?