Storyteller’s Rulebook: Drop Some Half Facts 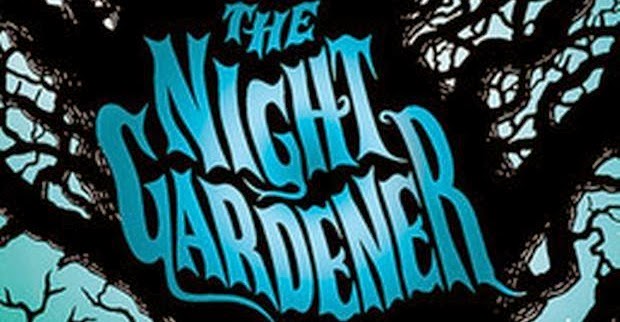 Speaking of novelists who read the blog, I’m happy to report that occasional Cockeyed commenter Jonathan Auxier has found a ton of success with his latest novel, “The Night Gardener.” I love this book, and while I read it, something became clear to me: the value of the half-fact. This is nothing I haven’t advocated before (to a certain extent, any form of foreshadowing can be considered to be a half-fact) but I’ve found that thinking of it in this way is particularly useful.

When the book begins, an Irish girl and her younger brother are roving the English countryside in a rickety wagon looking for work. As they do, two half-facts keep coming up, because it’s clear that she wants to avoid both: what happened to their parents, and where their cart came from. She keeps accidentally veering onto each topic and then abruptly pulling away.

This shows the two types of half-fact: We eventually find out what happened to their parents (as you might expect, with all that foreshadowing) but, oddly, we never find out where they got the wagon.

You might think that audiences would get frustrated by foreshadowing that never pays off, or that the author owes it to the audience to keep things airtight, but this isn’t true. As long as most of the dangling half-facts pay off, we don’t mind it all of some are left dangling.

Of course, if you’re going to leave it incomplete, it should be the sort of half-facts that we can fill in for ourselves. It’s not hard to figure out where they got the wagon, after all: they probably stole it. When they dangle references to the wagon in the beginning, we expect to the get the full story later (and perhaps see some consequences) but we don’t mind at all when it never pays off. If we think about it again, we just fill in the other half of the fact on our own. 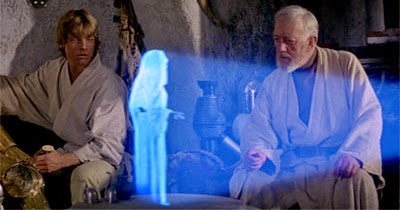 Let’s look at the two types of half-fact in Star Wars, starting with the kind that does pay off: there’s no better example of this than the holographic recording, which literally cuts off halfway, over and over again, only to finally complete itself later.

This example shows another value of the half-fact, it’s a great way to parcel out the exposition. First we see Leia record it but don’t hear anything, then we hear the first half of the message 15 minutes later, then we get the second half 15 minutes after that. If we’d gotten the whole thing during the recording or the first playback, it might feel like an awkward info-dump, but by cutting it off, Lucas achieves the opposite effect, making us anxiously anticipate finding out the rest.

Of course, there’s also no shortage here of half-facts that don’t pay off, but, again, each is something that we can fill in on our own: “I fought alongside your father in the Clone Wars.” Huh? What? When will we hear more about that? Well, not for another twenty-five years, as it turns out, and by the time we do, we’ll wish Lucas had just left us with our own suppositions. It was a lot more fun not knowing the other half of that fact.
Posted by Matt Bird at 8:00 PM

Your example reminds me of another piece of advice I've heard: always delay the point when your character reads a letter he's been given. Readers/viewers always want to know what the letter says, so it's an easy bit of suspense.