Straying from the Party Line: The Inauthentic Setting of Blue Velvet

That said, it’s interesting to note that when Lynch essentially turned this movie into a TV series as “Twin Peaks”, carrying over the same tone and many of the same themes, he transformed Blue Velvet’s “Lumberton” into a much more authentic and specific setting in northern Washington State, and I think the show benefitted from that. 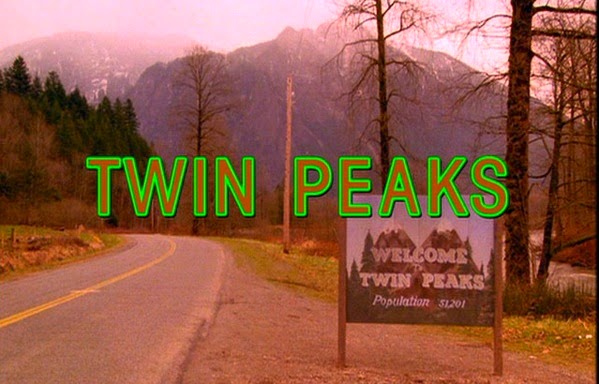 It feels like you've been mischaracterizing Lynch's intentions and achievements in BLUE VELVET a little.

There's always been a rather complicated relationship between Lynch's very personal and particular sense of place and his interest in abstraction. I mean, lots of LOST HIGHWAY takes place in his actual house, part of a compound of three neighboring houses where he lives and works. And yet that place and the whole of Los Angeles as represented in the film couldn't feel less real/more abstract. You could say the same thing about the way he films Mulholland Drive in that film or in his next film that takes its title from the road. Or the way that Hollywood Boulevard looks in INLAND EMPIRE or the bungalow apartments in MULHOLLAND DRIVE.

Two of Lynch's more mainstream works -- THE ELEPHANT MAN and THE STRAIGHT STORY -- also partake of the same idealization and abstraction of place.

I feel the same way about Lynch's dialogue which it feels like you've kind of been underrating too. In this household BLUE VELVET is one of the most quotable films of all time. Even one the deleted scenes you mentioed gets a fair amount of play: "Don't force girls!"

I don't mean to underrate anything, especially not the dialogue or sense of (unreal) place, both of which work beautifully (if atypically)! I think this movie is a near-perfect achievement.

I also love LOST HIGHWAY, which feels more like my own dreams than any dream-movie I've ever seen, so its sense of total decontextualization from the real world is most certainly a feature, not a bug.

Lynch really is one of the all-time masters of cinema and he's such an intuitive artist that sometimes I feel like everything I read about his work, even by the best and most incisive film scholars and critics, gets it wrong in some way. He's always said that he wants to make films that create experiences for the viewer they couldn't have had without watching the film.

I love BLUE VELVET, and it's probably near the top of my list of Lynch films I feel like watching at the drop of the hat or can't turn off if I catch on cable. But it took a while. BLUE VELVET was one of the first Lynch films I saw but one of the last I came to love. After about half a dozen screenings over the years, something finally clicked and I realized that it wasn't that all that Americana stuff, all of the imagery but also the corniness of Jeffrey and Sandy and all the supporting characters like Double Ed was mocking or ironic or symbolic -- it was all just as sincere as the pitch black far out darkness of Frank Booth and his gang. Like the thing Roger Ebert once wrote about Lynch, he's "Jimmy Stewart... from Mars."

There's a kind of fundamental irreducible sincerity at the heart of his work, regardless of how disparate the elements are or how crazy dark it might seem in any given moment. And it has to do maybe just with making and showing us things that he loves.

It's like when he finally publicly admitted that LOST HIGHWAY was inspired by his take on an O.J.-type wife murder crossed with "The Metamorphosis," which he'd been trying to adapt for years. Knowing that is interesting but it doesn't necessarily make the film any more decodable or less mysterious.

And so what does all that have to do with the sense of place in BLUE VELVET? I suppose I'd argue that, while they may have shot in North Carolina for budgetary reasons, Lynch didn't ignore the particulars of the place or abstract them any more than he would have if they'd shot somewhere closer to the Midwest towns he grew up in, where his take on the place might have seemed just as singular and strange to many of the locals.

I think that Jeffrey and Frank are both fundamentally similar people --neurotic, romantic, kinky, vulnerable-- who have adapted different survival strategies.

Frank has chosen to cover his inability to cope with a pose of violent anger. He pretends to be a psychopath, but he's really a weepy, self-loathing mess. He has to psyche himself up for it every time he commits violence, but he feels that this violent persona is a good mask to keep the world from seeing what he really is.

Jeffrey is fascinated by what Frank is doing and he's tempted to adopt that strategy as well (he certainly adopts Frank's willingness to exploit Dorothy's masochism for his own sexual gratification), but he's ultimately more drawn to Sandy's world. Just as Frank transforms himself into "the bad guy" in order to hide his pain, Jeffrey tries to transform himself into "the good guy", speaking to Sandy in open-hearted platitudes that are not entirely disingenuous, but not as sincere as he wants them to be.

In regard to your follow-up comment, I certainly don't wish the movie was filled with North Carolina accents and Cheerwine, and I don't mean to imply that they shouldn't have subbed in NC for the midwest, I was just pointing out that the there was no cultural or regional specifics in this setting, which is a device that usually weakens a story but works very well for this movie, because the town is supposed to be an impossible ideal.

I get what you mean about the location, but I still feel like it's not terribly different from what Lynch does to most places in most of his films.

About the characters, it's easier to agree with you in general, that Jeffrey and Frank are foils or clones like Brian McDonald would say, than it is to agree on the precise dynamic between them or what it's all supposed to mean. Lynch himself eschews conventional psychology. He's said in interviews that he went to an analyst once, asked if therapy could affect his creativity and when the therapist told him "yes," promptly left.

I've read numerous Freudian deconstructions of BLUE VELVET, but they've all felt reductive to me. Likewise with your assessment of Frank, as if self-loathing and self-pitying were disqualifications for psychopathy. FBI profiler John Douglas has sat across a table from scores of psychopathic serial killers. He's seen them cry plenty and believed they were legitimately upset -- but only for themselves, for the wrongs they imagined were done to them before their crimes or in prison. Still and all I don't believe that Freudian psychology or contemporary criminology have any impact on Lynch's writing -- except to the extent that he intuits various truths independently.

If there's a psychology that's consciously at work anywhere in his films it feels more Eastern. Not just the Dalai Lama stuff in TWIN PEAKS but the sense of time in his work, the dangers of attachment. It could be that ancient Buddhist conceptions of the mind filtered through his lifelong experience with TM. But that sheds about as much light on BLUE VELVET as everything else I've ever read about it. And I'm just fine with the unbreakable mystery of the whole.

By the way, apropos psychopathy, anybody who cares ought to immediately listen to the latest THIS AMERICAN LIFE episode entitled "Bad Baby."