Best of 2013 #5: The Spectacular Now (Casting, Observations, and Screw-Ups) 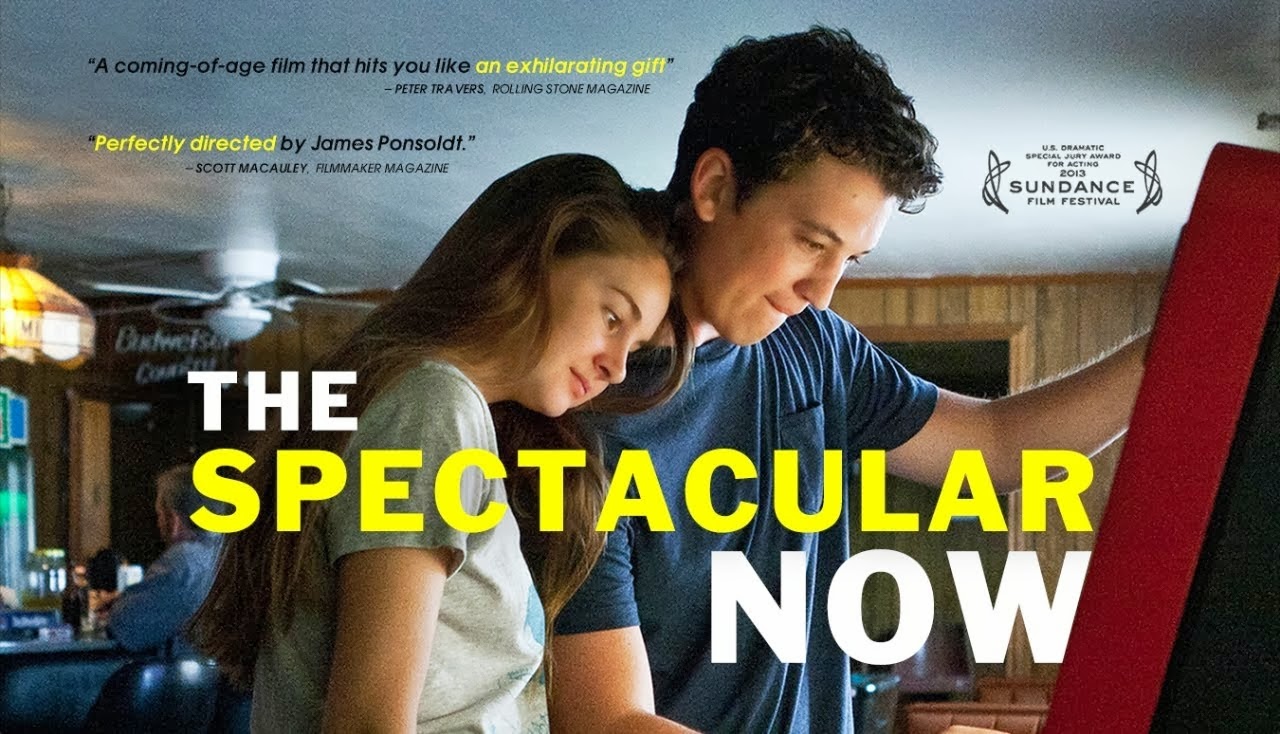 As usual for these year-end lists, I’ll show how each movie exemplified past rules

Next: More southern-ness!
Posted by Matt Bird at 8:00 PM

Okay, you've convinced me to see this film. Now onto MUD:

You write "That movie also aimed for an air of unadorned verisimilitude."

You do know that MUD isn't aspiring to any kind of strict realism/naturalism? The film doesn't really underline this visually or hit you over the head with music or anything. But I had no trouble sensing the heightened tone, which very much follows from the film's fidelity to its child protagonist's point of view. The film is intentionally if subtly romantic to the extent that it sees the world through Ellis' eyes. It works in much the same way as Mark Twain's two greatest novels about children, HUCK FINN and TOM SAWYER, which Nichols consciously chose as tonal and thematic touchstones.

MUD isn't even close to being one of my favorite films in this truly excellent year. But it's hard to understand your problems with it, which feel like an almost deliberate misreading of the work's intentions. And if you're not already a fan of Jeff Nichols' other work, then you're really cheating yourself. For me, Jeff Nichols is hitting three for three, with three very different films working in very different modes, all concerned with what it means to be a 21st century rural American man.

His debut SHOTGUN STORIES will likely kick the ass of THE SPECTACULAR NOW when it comes to the realism you wished you'd seen in MUD. And I'd be surprised if TAKE SHELTER isn't one of the better thrillers and more daring dramas you've seen in the last decade.

As for other recent American Indies that get the landscape of the new South right: Shane Carruth's films, David Gordon Green's films (especially ALL THE REAL GIRLS and his work on EASTBOUND AND DOWN) and even a film like GOODBYE, SOLO.

A priest took a parish in the northern exurbs. He soon observed "You've got your snake-handlers right up against your fake stucco."

Wait, you didn't like MUD because of "a romanticized idea of southern poverty," but you loved BEASTS OF THE SOUTHERN WILD? Or, as one fake movie poster put it "AREN'T POOR BLACK PEOPLE QUAINT?" The film made by the Wesleyan Grad from New York who went to the South to fetishize poverty, making a film about how happy poor southern people would be if only the meddling governmental agencies like CPS would leave them to live their magical lives?

Say what you want about its fantasy setting, but the politics in that film made me absolutely sick. And I think it came from this naive place of privilege, made by a dilettante who suddenly realized "hey, these poor people are different than I thought they would be. They're actually happy. There's some kind of wonderful freedom here!"

I liked MUD. It didn't have the same problem for me because the theme of BEASTS OF THE SOUTHERN wild was what made it so repellant. I think Mud was good storytelling, and I agree with j.s. that it wasn't intended to be in a realist mode (I mean, the sniper buddy next door? The boat in the tree? The childlike understanding of what goes on between men and women, in all the relationships that the kid is exposed to and that we see? It's clearly from a child's perspective.) SHOTGUN STORIES was OK, definitely an impressive debut made for almost nothing, but I think Nichol's really great film is TAKE SHELTER.

Thanks for THE SPECTACULAR NOW, it wasn't even on my radar at all, I'll definitely add it to the list.

But that's the problem, I felt like Mud wanted to be halfway between TSN and BOTSW: realistic when it wanted to be and romanticized when it wanted to be. The whole "it's mostly a period piece but sometimes not" thing bugged me, too: as if it was saying "Let's go down south, where times haven't changed much, don'tcha know..."

I agree with all of your BOTSW criticisms in theory, but I thought it just made it work due to a boldness of vision and general good will, both of which which this movie lacked.

I also felt that Mud was too derivative of too many other movies, borrowing bits from BOSW, Night of the Hunter, Great Expectations, The Big Easy, and flat-out lifting a huge sequence from True Grit. It most reminded me of Green's Undertow, which I barely remember, but remember feeling the same way about. Every relationship just rang false for me: between the dad and the boy, the boy and his sort-of girlfriend, Mud and the boys, everybody and Sam Shepherd.

And Sunday has one more complaint, for good measure. Nope, I didn't like it.

You still haven't said anything about TAKE SHELTER. If you haven't seen it yet, you really must. Because if you don't love it and wind up writing at least one big post about all the things it does right, then you'll have one heck of a Meddler on your hands, especially in the comments section wherein J.A. and I will again team up to argue for the defense.

Mud didn't feel true to me either. Loved Take Shelter, though.

I still haven't seen Take Shelter, and j.s. has been after me to see it for a long time, so I'm going to put it on my queue right now.

I watched The Spectacular Now after reading this post. Wow, it was great. It got to the heart of the character's problem without overdoing it (although there was one scene when I was worried it was about to go somewhere manipulative, after he tells Amy to get out of the car).

It's one of those stories that starts a bit slow (I started to get antsy) but the personalities draw you in, as well as the sense that things are going to eventually turn rotten. They did a great job of using the ex girlfriend to keep reminding the audience that Sutter couldn't be handling things as well as he seemed to be.

As for Take Shelter, I'd love to see a Meddler post on that because I did not like the ending at all. It felt too easy. I'd rather it had discovered a third option, somewhere in between Is he crazy? and Is he right?