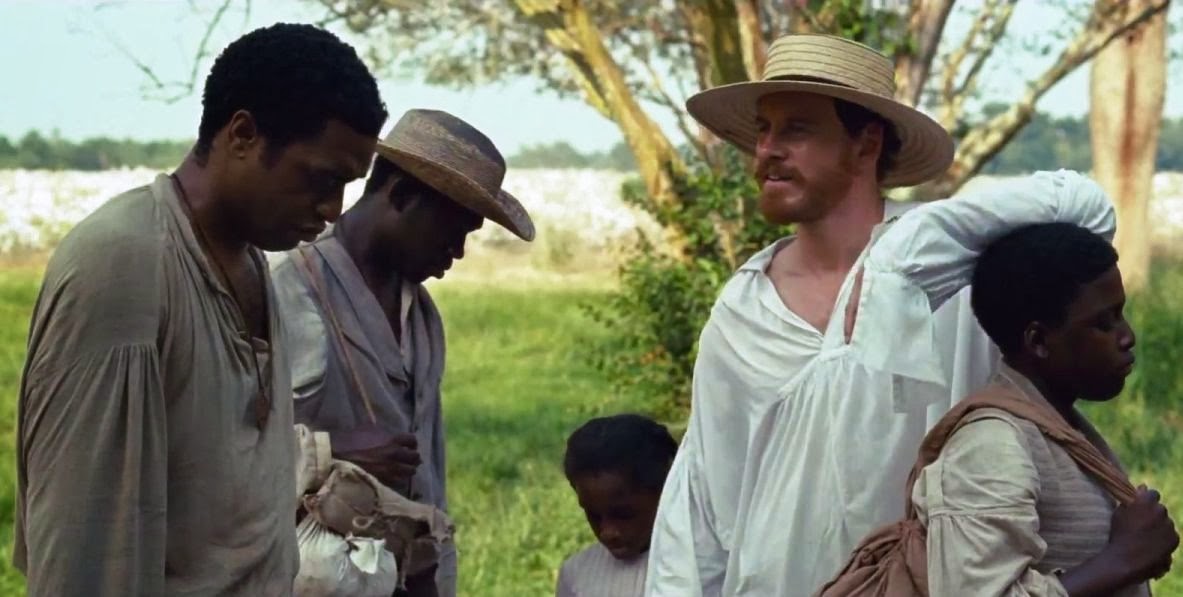 It’s very hard to say anything meaningful about 12 Years a Slave. It’s a movie that’s hard to evaluate with any distance, due to three factors:
It’s hard to get around the fact that, even if this movie had been a failure, it would still be so historically significant as to demand respect and attention. And knowing that, it’s hard to then step back and trust one’s judgment of it. Luckily, I feel it’s safe to say that the movie is pretty great, over and above its historical and cultural significance.

And I wasn’t presuming that to be the case: I wasn’t a big fan of John Ridley’s previous produced screenplays or Steve McQueen’s previous films. This movie carried over some aspects I didn’t like from each man’s work, but in service of this subject matter, the thing I objected to about each (Ridley’s misanthropy and McQueen’s obsession with suffering) became selling points.

So let’s start by trying to talk about what’s so great about it…then tomorrow I’ll move on to the concerns I had. For the other “Best of” movies, I talked about qualities of the movie that reflect advice we’ve previously explored…but it’s hard to do that here. This movie’s role is so unique, and the job it had to do so important, that to talk of the demands of the audience seems obscene. So let’s just talk more generally:

Given the centuries of romanticization and fetishization that have piled up to obscure and pervert our perception of slavery, the most important thing this movie had to do was simply to show the facts in the rawest, most matter-of-fact way possible: Show the casual nature of mothers being sold away from their children. Show the constant rape. Show the quotidian whippings in a way that lets us feel every lash. Just show it and let it lie, with no contextualization, no commentary, no distancing effects. That’s the main task, and it did it with startling power.

The most brilliant thing about this movie, of course, was the choice of Mr. Northrop as its subject matter. Tomorrow, we’ll get into more specific ways that the movie interacted with the text, but for now let’s just acknowledge the genius of choosing this story in the first place. One big problem with slavery stories is that the horror is so omnipresent that it threatens to become invisible. We know how horrific it is, but it’s hard to believe that they feel it in the same say, because they’ve never known anything else. Choosing one of the thousands who were kidnapped into slavery as adults is such an elegant solution to that problem. This way, we know that he feels our same indignant revulsion a thousand-fold, 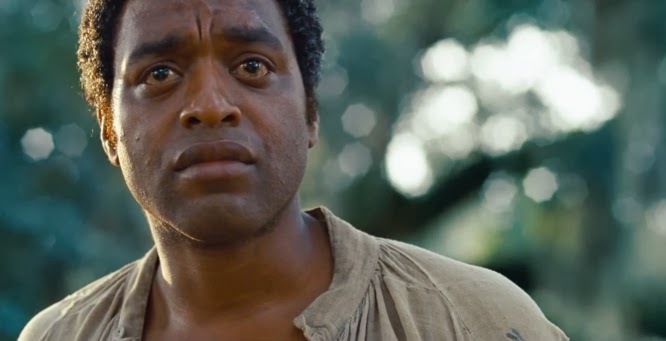 As a filmmaker, McQueen’s great strength has always come in the form of two gazes: the unblinking eye of his camera, and his ability to craft intense performances can withstand that withering gaze. The amazing performances he’s assembled here are a testament to the power of that method. In his previous two features, I found McQueen’s obsessive gaze to be annoying, because I felt that he was substituting voyeurism for insight, but now he’s found a topic of such bottomless horror that an unblinking eye is the only proper mode of seeing.

The hunger strikers of Hunger and the sex addict in Shame were people who chose to suffer, for reasons good or ill, and it struck me as creepy to wallow in their degradation at such an extreme close-up, denied any distance or perspective. But here, I welcomed the chance to simply gaze nose-to-nose at the suffering and ask “Oh dead god how can you stand it??” That’s the big unanswered question of American history: How did the horror that built this nation persist? How could human beings inflict it and how could human beings survive it? In the faces of Chiwetel Ejiofor, his fellow slaves and their masters, we get an unprecedented chance to search their eyes for  answers.

Glad you liked this one. I'd actually be curious to see you do a full checklist for it. And further to that, a serious Meddler someday for SHAME, which I'd argue can't be so easily lumped with this film or with HUNGER. In spite of Fassbender's committed performance, the protagonist of SHAME is a compendium of poor writing choices, which add up to make it one of the worst art movies I've seen in the last 10 years. Not because of the suffering but because of the writers' failure to meaningfully dramatize it. You could almost draw up an anti-checklist from SHAME: here's exactly what not to do.

One of the striking things about the choice of the material in 12 YEARS A SLAVE is how, in spite of Solomon's necessarily limited potential for action, it forces the protagonist to make a pretty profound interior journey. In many ways this would qualify in Blake Snyder's terms as a Rites of Passage tale, where the problem is typically one of attitude, of not so much doing things wrong as seeing them wrong. I'd argue that Solomon Northup's arc is to move from believing that his enslavement is a crime against him (kidnapping, a personal injustice) to an understanding of the way the practice of slavery is a crime against not just all the other slaves -- who he comes to fully acknowledge he's no different from -- but all of humanity.

I don't know... while I think McQueen's films show a lot of suffering, I've always felt that the obsession is really about imprisonment and agency. Regarding SHAME, as someone who has suffered from addiction, I do believe that there is choice involved, but I also believe that the main feature of deep addiction is the FEELING that you've lost all choice. That you no longer have any options, and have completely lost control of your life and (you believe) your actions. So 12 YEARS A SLAVE just seems like the perfect culmination of a project he's been working through in all three of the films. I think SHAME is the weakest film, but I don't hate it the way j.s. does, because I can see McQueen grinding away on the same theme, trying to figure it out, and I can always appreciate a filmmaker who does that, even if the results, in the case of SHAME, didn't really work (i.e. -there wasn't real progression in the film, it was all stasis). But even though I don't think SHAME really worked as a film, one sex-addict I've talked to felt that this was the only time he's ever seen someone understand and portray the intense emptiness that comes along with sex-addiction. This person absolutely loved the film, because he said it nailed what sex-addiction feels like.

As far as choice in HUNGER, yes, they chose the strike, but again, it's McQueen working on this same question... when you lose control of your life, how do you regain control? Can you? What does it really mean to lose the power of choice, to lose freedom?

It's definitely a fetish, but I think it's a little bit of a mischaracterization to say it's purely a suffering fetish. He's got a project he's working on, and I think that's what makes him one of the most interesting current directors.

J.S.: That's why I don't like breaking these posts in two! In tomorrow's post (which I pre-posted the same time as this one) I trace out exactly that arc, but I question whether it's actually in the movie or just inherent in the source material.

JA: I agree that what McQueen's doing in those movies is interesting and worthwhile, but I also agree with JS that "Shame" is a pretty perfect "what not to do" movie.