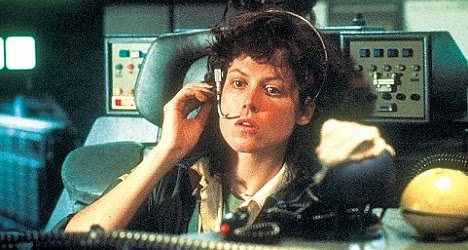 I’ve updated the Checklist road test for Alien and you can check it out here. Now let’s look at one of the new answers in more depth:

On the one hand, the basic situation in Alien would seem to the typical “man up” story, of the type I complained about before:
But of course it’s far more complicated than that. The seemingly right-wing narrative above runs in tandem with a far more left-wing narrative:
The two narratives contrast nicely and counterbalance each other, keeping it from seeming overly-strident either way.

But let’s focus on Ripley’s arc. Even though the culmination of her arc is, “let’s just kill it and blow everything up,” it still feels like morally ascending, not descending. She starts out the movie as a drone, blandly defending standard procedure, but she becomes more human as the story progresses, and ironically, as she decides to kill the alien, she becomes a more compassionate person, endangering her life to literally “save the cat”. 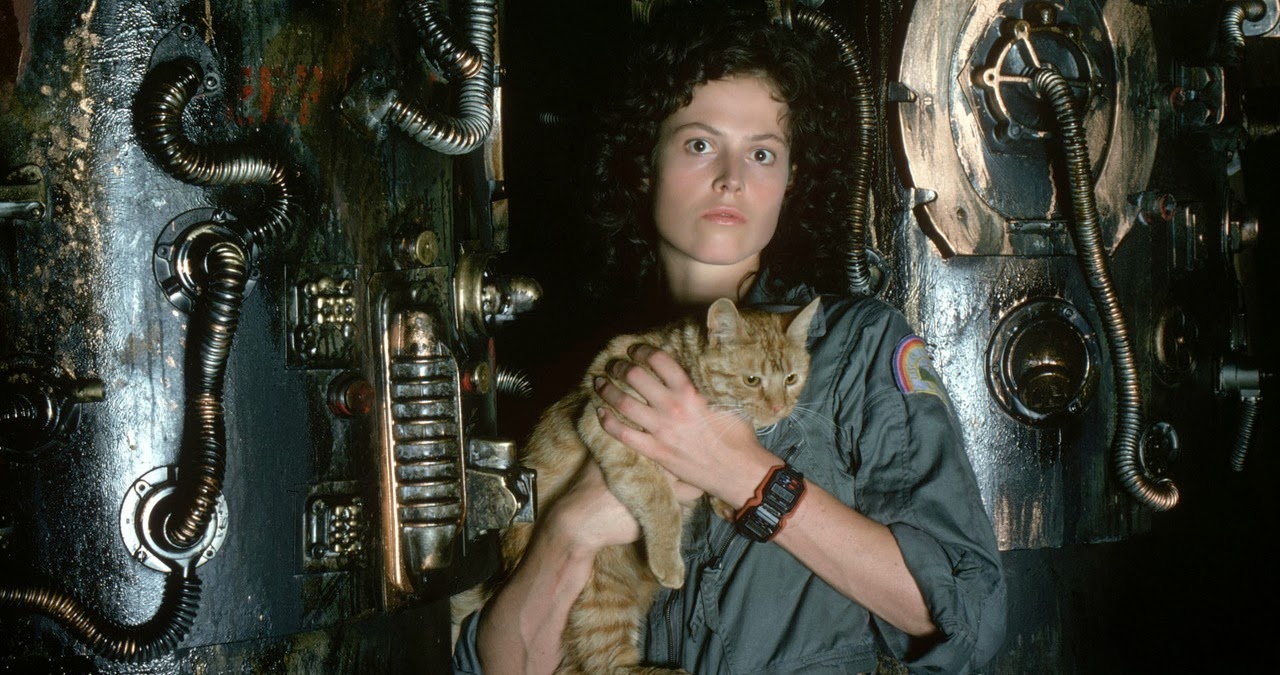 Usually, coming to value one’s own survival over the values of one’s society is a moral descent, but in this case it’s an ascent: Serving the needs of her society is actually a terrible idea, because her society serves death, demanding its workers sacrifice their lives for company profits. In discovering that she values herself more than she’s allowed to, she becomes more fully human, and more empathetic towards others, as shown by her belated protectiveness towards the cat.

In this movie, and in many subsequent anti-corporate stories, we’ve exposed the hidden sub-basement of Maslow’s hierarchy of needs, below self-preservation: profit. Moving from that level to cold-blooded self-preservation feels like a rise, not a fall. 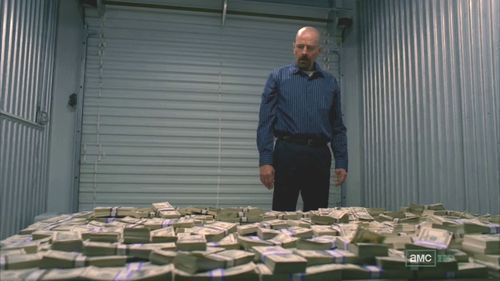 This helps explains why journeys like Walt’s on “Breaking Bad” feel oddly uplifting despite the hero’s horrible actions. The twin evils that launch Walt’s quest, (a for-profit health care system and income disparity that pays a chemistry entrepreneur billions while paying a chemistry teacher less than a living wage) outrage us more than his crimes. Tellingly, it was only in the final season of that show, when Walt’s business finally became consistently profitable and he took on employees, that the audience started seriously rooting for his downfall.
Posted by Matt Bird at 8:00 PM

-Robert McKee, author of 'Save the cat' meme.