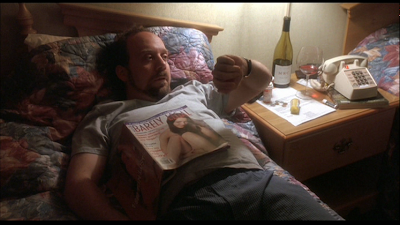 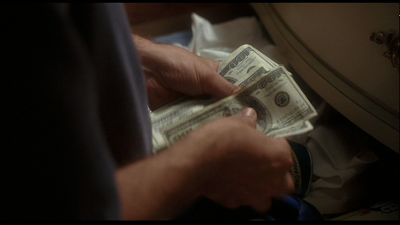 (And let’s face it, a handsome Clooney-ish rakishly-handsome guy might be able to pull some of this stuff off, but Miles is very... Giamatti-ish. That makes misbehavior a lot less charming onscreen.)

So does this prove that heroes can just be a big bag of flaws, with no mitigating strengths? No, it doesn’t. On first glance, it’s easy to spot Miles’s flaws and hard to find any strengths, but they’re there, and they’re not inconsiderable. I would say that Miles’s biggest flaw is that he’s hostile. Is there a  flip-side of that? There certainly is: Miles is passionate. And that passion is attractive.

The most obvious example is the double-date scene. Jack is capable of picking up a wine merchant in ten minutes flat, which Miles could never pull off, but as soon as the actual date begins, everything flips: Jack is stuck asking Stephanie about what her routine is when she closes up the vineyard, while Miles is instantly able to fully engage with Maya because of their shared passion for wine and his smart opinions on the topic. Of course, he gets too drunk and almost botches it, but that great start ultimately sustains him throughout. 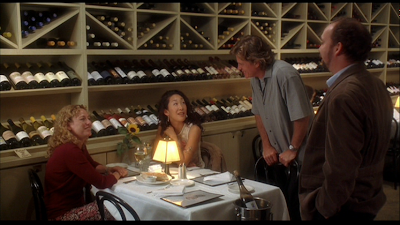 And once you see it, you realize that Miles’s conversational skills are actually everywhere in the movie. One example: When Miles shows up late and hungover to pick up Jack from his in-laws, they’re all glad to see him and get his opinion on which wedding cake they should get. 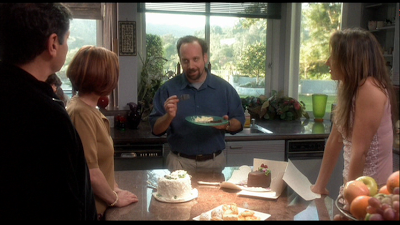 Later, Miles is stuck spending an afternoon at a bowling alley with Jack, his fling, her kid and her mom. We know that this is excruciating for him, but at the end, we hear the mom say “It was really great to meet you, Miles,” and we believe it.

I myself have some of the same flaws and strengths as Miles. I mentioned before that I had an unusual friendship with an aging millionaire named Lewis King, even though we clearly had little in common. Why? One time he joked he’d invited me along to a lunch because, “It’s always good to have a content provider.” Miles and I have a lot of flaws, but, for better or for worse, we’re both content providers, and that can get you pretty far in this world. For Miles, that’s the one great strength that saves him from his horribleness. It’s the flip side to more than one of his great flaws.
Posted by Matt Bird at 8:00 PM

The Miles character set up is kind of familiar to me. As I writer working on his own I've come up with an idea I call "personality coins". These character coins have an advantageous side and a negative, disadvantageous side. One coin could be depressive and the other side could be thrill-seeking. Another one I've notice is lustful backed up on the other by excessively clean. I've heard many Marines are like this. Miles's negative is backed up by his passion. I guess if you identify the coins and use them when they fit, they make more sense then just mixing odd traits for the sake of generating a plot. Story should arise from character.

Just how I've come up with something.