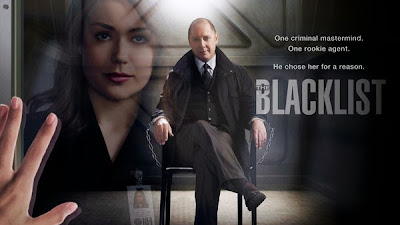 We’ve talked before about how characters shouldn’t extend each other’s metaphors. This is equally true for turning each other’s phrases, creating something that Englsh majors call “parallel construction.” On a recent episode of “Agents of SHIELD” (Yes, I’m still watching it. No, I’m not proud of that.) the perfect-hair-hacker confronted one of her fellow revolutionaries who had betrayed the cause, and they had this exchange:
After that third line, I thought, “Why would he rephrase what he just said? Then she said her line, and I just rolled my eyes: Oh, he did it to set up her line.  One reason that this sort of thing doesn’t work is that people have different syntax.  We build our sentences differently.  It may be cute to turn their phrase, but it would come out all wrong if we actually tried it, because we’re not used to phrasing things in exactly that way.

Parallel construction is bad in a dialogue exchange, but it sounds just as bad when one character says the entire couplet.  In a recent episode of “The Blacklist” (Yes, I’m still watching that one too. I need help.), James Spader is tracking down a killer using a dog hair from a crime scene, and he muses aloud to his henchman, “Dogs are not our whole life, but they do make some lives whole.” Ugh.

It’s a lot of fun to use that sort of parallel construction when you’re writing something down, and it’s fun to read. It’s creates a bit of additional meaning to take a turn of phrase and then turn it on its head, creating a “compare and contrast” moment,  and giving your language a little poetic lilt.

But people don’t say that sort of thing out loud. Our brains just aren’t wired that way. We aren’t that conscious of how our words line up. Also, as I’ve said before, we talk with the assumption that we’re about to be interrupted, so we don’t set up elaborate constructions due to the fear that we won’t be able to finish them.

In real life, that exchange between Spader and his henchman would have gone something like this.
My services are available, NBC. I await your call.
Posted by Matt Bird at 8:00 PM

Those examples are definitely pretty lame. But to be fair, though, in addition to pointing out the lameness of these two specific exchanges, you're also sort of arguing that these two ridiculous shows ought have David Simon level authenticity in their dialogue -- but only their dialogue. So when would a certain amount of stylization be appropriate to a given show or film?

I would say that *all* dialogue should be stylized, in that it should always be more concise and have more personality than normal talk, but some forms of stylization are fun and others just make us groan, no matter what type of story it is.

Compare Spader's character to the character he was ripped-off from, Hannibal Lecter, who had lots of smart stuff to say and said it with tons of personality, but would never use this sort of device.*

The only exception I can think of is when a character has devoted his life to dreaming up and dispensing poetic aphorisms, like Obi-Wan or Gandalf.

*I did finally read Harris's wonderful book, by the way, as per your suggestion, and you're right, 90% of the dialogue and scenes come right from the book (but I still think Tally did a great job).