Storyteller's Rulebook #194: Take a Moment to Establish the Mood (And the Nature of the Jeopardy) 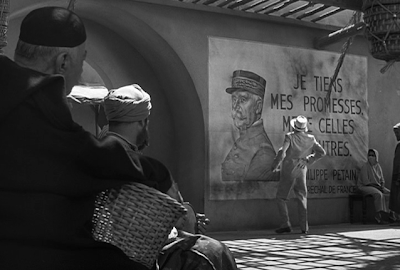 Hi gang! I’m becoming a unreliable blogger, aren’t I? Again, I’m doing the work, but it’s taking longer, so you guys get to see it less often.

I’ve been running more roadtests on the new checklist, but as I do so, I feel the need to tweak questions, which means I don’t want to run them until I’m done with that (because every time I change one, I have to change it retroactively in the ones I’ve already done.) I think that process is almost done, though.

Here’s a preview of one of the changes. I’ve decided to break the mood question into three.
The second refers to what I talked about here: the seemingly innocuous moment at the beginning of Back to the Future where Marty grabs onto the back of a police car while skateboarding, which establishes that the rules of physics are a little gentler in this universe and the consequences of pissing off authority are less.

The third refers more to what I refer to here: how Hancock, Superman Returns, and others shot themselves in the foot by failing to maintain their mood.

I’ve resisted the urge to go back and re-do the eight roadtests I’ve already done to make them conform to the new checklist, but let’s go back now and test these new questions: (Actually, I’ll skip the third question, because the answer in each is a simple “yes”)

Speaking of types of jeopardy, you really need to see ALL IS LOST.

Is it good? I've been invited to a screening, but I was hesitant, even though I liked "Margin Call".

I wouldn't recommend the film if I didn't think so. As a fan of minimalist existential art films like Bresson's A MAN ESCAPED and procedural survival thrillers like TOUCHING THE VOID, I can say that it's good enough to hold its own with those two. And it's got broader appeal too: my dad and my younger cousin would like it as much as I do.

And the storytelling is interesting to contrast with GRAVITY. The way we learn about the problems in this film which has almost no dialogue and only a brief voiceover. They way we come to like and admire the hero even though there's no one else to show him working harder than, being nicer than or saving a cat for. How skillfully certain problems are imagined and set up, to draw out the maximum amount of time, tension and hope.

I can't recall the last American Independent filmmaker whose first two features were both as good and as different from each other.

I just wanted to clarity that you weren't recommending it as a cautionary tale!

I wrote about how it's much easier to make a movie about a sailboat disaster than a spaceship disaster, because we all understand (and fear) the dangers on the boat, but you have to explain them ahead of time in space. I kept thinking of that when I watched "Gravity", which I loved. They did a great job setting up the danger before it came on, even though it wasn't obvious to us.

I'll check out "All is Lost", thanks for the recommendation.

I loved GRAVITY too. And it does have some great writing along with the stunning visuals. I admired a lot of the exposition and, for an action film, it has one of the better inciting incidents/timeclocks I've seen (the recurring cloud of deadly space junk).

But the second time I saw it I was more conscious some of the issues that were hinted at on "The Narrative Breakdown," and of Bullock's extreme rookie problem, how the very thing that put her in the most jeopardy -- her relative inexperience in space -- also made it incredibly difficult for her to get herself out of it. Hence the unfortunately gendered crutches the narrative relies on to get her through (spoiler alert!), including Ghost Clooney.

I think you'll be surprised at how well ALL IS LOST measures up in these areas, especially at how that film manages to make us interested in its protagonist's problem solving when we're not always aware of exactly what he's doing (yet). Sometimes all the details were never fully clear to this non-sailor, and it hardly mattered. I trusted the film to eventually reveal all that we needed to know about how his plan(s) would play out.