How To Structure a Story Around a Large Problem, Step 14: Climax and Epilogue 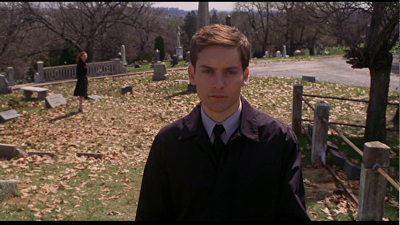 The Conventional Wisdom:
What Human Nature Dictate:
What Writers Should Keep in Mind:
Other Examples of Climaxes and Epilogues:
Notable Exceptions (But Don’t Try This At Home):
And that’s it!
Posted by Matt Bird at 8:00 PM

But how does the climax relate back to the original problem?

Is this where the problem is solved? Can we say that's the way to judge that we've reached the end of the story.

Anyway, congrats on the articles. Very comprehensive and enlightening. I was going to mention earlier, the anomalies on your chart seem to fall into two main categories:

Well, I would say resolved, not necessarily solved. Usually it's solved (the hero wins), but sometimes it's succumbed to (the hero fails), and sometimes it's accepted (Sullivan in Sullivan's Travels accepts that nobody wants to see him make dramas, and he's fine with that now, so it's no longer a problem.)

I wouldn't say that the end of 'Blazing Saddles' is a FU to convention. The villain still dies, justice triumphs, the townspeople still thank the sheriff. Sure, he rides off in a limo, but when you have a villain shout, "What in the name of the Wide, Wide World of Sports is going on here!?" you already know conventions' gonna get broke.

But, yeah, 'Holy Grail's' end was a big FU. I'm a fan of their work, but I can still remember feeling deflated by it.

Consistent use of the very same cartoon character helps children become comfortable to share their feelings and comprehension of the subject. You can find more details on watchseries unblocked on the site watchseriesunblocked.org.