Straying From the Party Line # 7: Goals and Structure in Casablanca 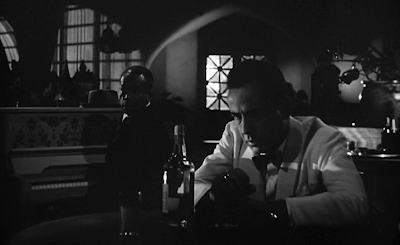 This is universally regarded as one of the most perfect movies every made, but it has its peculiarities…
But wait, what about…
This is a movie that knows exactly what it’s doing when it breaks the rules.
Posted by Matt Bird at 8:00 PM

And the reaction that bookends the flashback is something that depends on the actor's ability to convey. You can write it, but that doesn't mean it'll appear on the screen.