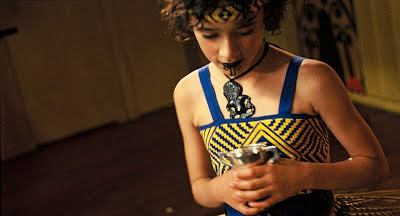 We finally got around to watching Whale Rider the other day, which was great, and one thought I had while watching it was how much the New Zealand filmmaker Niki Caro and novelist Witi Ihimaera owned the material.  They were telling their land’s story, one that no outsider had.  The emotions were universal, but, to a non-Maori audience, all of the details were wonderfully exotic and unique.  There is real power in that authenticity.

I made a fundamental mistake when pitching my Alan Turing script around town.  They would all ask me how I found this story and I gave the wrong answer: “I randomly ran across it in a book, liked it, read a bunch more books, and decided to write it.”  They would look a little uncomfortable and ask me what my connection to the material was, and I would blithely blabber, “Funny you should ask: absolutely none!  He’s a gay British mathematician, and I’m not any of those things!”  I didn’t realize that I was killing my sale.

Instead, when you’re pitching, you need to play up your authenticity, establish your connection to the material.   Even if you don’t “own” any source material involved, you have to own it.  Be necessary.  Prove that you’re the one writer who is perfect for this material.  Assure them that, if they had been the one to have this idea, and they could have hired any writer in the world to write it, you’re the writer they would have hired.

After all, as soon as they buy it from you, it is their idea, in every sense of the word, and you’re their employee.  You don’t want them to suddenly wonder, “Why did I hire this guy?”

But be aware that there’s a tipping point at which your connection to the material stops being an asset and starts being a liability.  It’s one thing to say, “I’m the perfect guy to write this, because I’m a gay British mathematician myself” (in fact, Turing’s most in-depth biographer was all three), but the fear is that you’ll then say, “And I’m gonna tell the real story, instead of all that phony Hollywood crap!”  Suddenly, all of the enthusiasm will drain out of producers’ faces.

You have to own it without letting it own you.  You have to have a deep reservoir of unique real-world knowledge, but then you have use it or discard it as necessary in the service of a great story.

Look at “The Americans”: creator Joe Weisberg sold that show based on his own experience as a CIA officer, and indeed the show offers many real-world aspects of spy work that you rarely see onscreen, such as the recruiting and handling of long-term assets, but it also exaggerates and re-writes the facts at will. The details are authentic, but the story is pure fiction. 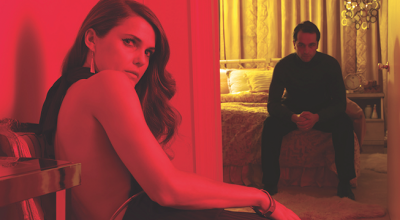 In this excellent AV Club interview, Weisberg makes it clear that the spy stuff was always restricted to being a metaphor for the family stuff, and never the other way around.  He uses all of his spy knowledge, but he doesn’t let it take over the show. In the end, he’s not even writing about spies, he’s just using his authentic tradecraft knowledge as a source of unique details to enrich a universal story of family strife.
Posted by Matt Bird at 8:00 PM

Labels: career, How To Get Ahead, Storyteller's Rulebook

I actually have found this to be REALLY true. When I wrote MARE'S WAR the pitch suddenly zinged when I said, "Well, it's not about my grandmother, but, I was researching my family history, and I found..."

And they said, "Tell us more about your grandmother!"

And I acquiesced and sold the book. And then spent every book talk trying to be sure that people knew that this was fiction, not my family history. It's a fine line to not let the story own you.

So I'm curious to hear just what the ideal response to that question would have been with your Turing script? Because I imagine this comes up a lot. And I think it's kind of a dumb question, if a necessary one. It's really the Oprah's Book Club starter question.

A good writer can tell anyone's story (up to a point, for sure). But thank god nobody asked Shakespeare how he personally connected to his female characters or Nabokov just what he found so intriguingly personal in Humbert Humbert's story.

It seems so silly to assume that a superficial personal connection to any material means you've got something to say. Or that a more abstract one means the opposite. I've meet spies and read spy memoirs that betray an inability to appreciate the richness of their own experience, to tell their own story well or even to contextualize it within the history of modern espionage. Likewise with most cops, I imagine. Richard Price -- debacle of his recent TV show notwithstanding -- a diminutive literary type who probably never fired a gun tells cop stories from their point of view better than most cops who ever lived, including some of the more accomplished actual cop-writers.

Btw, just how good is THE AMERICANS relative to your favorites like THE SANDBAGGERS and other masterpieces of the genre like the best Le Carre books?

Ed McBain based "Blackboard Jungle" (written as "Evan Hunter") on his experience as a school teacher, but then he switched to writing about cops (the brilliant 87th Precinct series) without ever becoming a cop. He just did a lot of ride-alongs.

I guess I'm asking specifically how you'd have made that leap in a meeting. Either how you should have done it with the Turing script (imagine that other project dies and/or they want to hire you to rewrite it) or how you'd do it in the future with another script that fascinates you and that you were born to write but have had no direct personal experience of.

I should have played up my time working with my Sloan mentor, tracking down the actual machines, doing original research, etc., or talked about how much Turing's mind reminded me of my brother's mind in oddly specific ways, etc. Really, I think, on some level, they just want to hear you assure them that this was a personal project, not just a cynically calculated stab at the market. No matter what, of course, it would have sounded a little far-fetched, since I was an odd fit for the material.

Oh, and I forgot to answer about The Americans. It's really good, and gets even better all season, but no, it's not as good as "The Sandbaggers" or, I'd say, the first season of "Homeland".

Thanks, Matt. I wonder if another way to think of the "How is this story personal?" question pitch meeting question is to rephrase it as "How is this story universal (enough that anyone else would ever care to pay to see it)?" If you can spin your interest in any given story away from "literally happened to you personal" toward "interesting because it touches on such and such universal experiences and themes," maybe that's a better way to go?

I would say no. They want to feel like they're buying something no one else has. Of course they want the *emotions* to be universal, but they want the *details* to be something that you "own" in some way, so that when they buy it from you, *they'll* be the sole owners.

But what about the emotional details? I feel like I saw Cormac McCarthy literally answering this sort of question on Oprah's Book Club. And he was pretty eloquent about it. Obviously he's never been on a post-apocalyptic road trip with his son. But he has a young son, loves him dearly and lives in a modern world where disaster seems like it's always only moments away. If that's not good enough coming from a genius like him, what ever would be?

Isn't this more or less how Joss Whedon talked his way into the AVENGERS? His comic fan credentials had less to do with his getting hired than his personal take on the inner lives of that group of heroes as a dysfunctional (if superpowered) family.

I suppose this also ties into to my old question of "how do you research life on an intergalactic star destroyer"? And your answer would probably be: You'd better have some experience living on aircraft carriers.