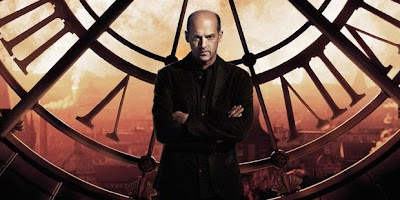 Did we all watch “Zero Hour” ABC’s short-lived, overheated “DaVinci Code” knock-off?  No?  Well, if you missed it, that’s your loss, because it was bad writing at its finest.  One scene from the pilot stood out, because it was an extreme example of a problem that shows in a lot of trainwrecks, from Daredevil to John Carter.

We all know that every scene needs conflict, yes?  Case in point: It’s often said that His Girl Friday has some of the greatest dialogue of all time, so much so that it has now become the template for every male-female relationship on screen: “We bicker all the time with rapid-fire, razor sharp wit, but we really just want to jump each other’s bones!” 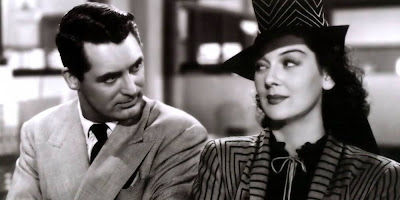 But the heroes of that movie don’t just have conflicting personalities, they have conflicting goals.  He wants to win her back, both as his wife and his best reporter, while she wants to get free and move on with her life.  They disagree about the past (what ruined their marriage), the present (the best way to get this story), and the future (whether or not they should get back together).  That’s genuine conflict.

The problem with so many modern stories is that they show the very first meeting of a man and woman, only to have the two of them instantly launch into combative, flirtatious banter.

Let’s return to that tragic “New Yorker” interview with Andrew Stanton about John Carter.  Stanton is meeting with his editor, who is desperately trying to save the project.  The editor shows him a scene where our hero first meets a humanoid alien on another planet:
Daredevil was even nuttier.  In the comics, Daredevil and Electra were college sweethearts who were now on opposite sides of the law. The movie cut out all the history, but still had them sparring like old lovers instantly.  They meet in a café, flirt like crazy, then walk outside and start beating each other up in a playground.  Which is worse, his decision to beat up a random woman who turned down his advances, or her desire to beat up a blind man?? 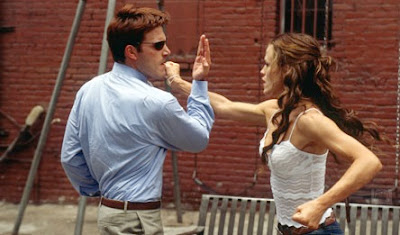 “Zero Hour” combined the “instant flirtatious conflict” scene with another dumb cliché: “instant conflict with law enforcement”. Anthony Edwards’s wife has been kidnapped, and he’s just a meek magazine editor with no experience at this stuff, but as soon as a hot FBI agent shows up at his door, he starts firing off rapid-fire sarcastic retorts.* 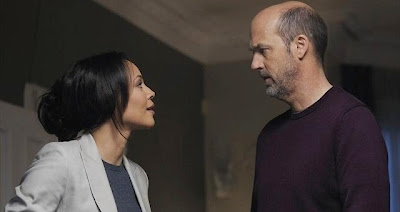 Yes, every scene needs conflict, but that should be because the characters have conflicting goals!  Until their goals conflict, they should get along just fine!  If she had doubted that the kidnapping had taken place, or accused him of being involved, or implied that the case wasn’t a priority, then you’d have a reason for conflict.  (And a reason for him to investigate on his own.)  Instead, we see that she’s obviously hyper-competent and totally committed to finding his wife, whatever it takes.  So what’s the conflict??

* These scenes are especially infuriating in our hypersensitive post-9/11 security state.  Yelling at cops or feds these days is a very dangerous activity that can instantly ruin your life.  And, of course, withholding evidence when your wife disappears, which Edwards does for no reason, will automatically make you the sole target of the investigation.
Posted by Matt Bird at 5:30 PM

Thank you for stating what should be obvious, but isn't to so many writers.
A few weeks ago I came to a dead stop in my WIP as I tried to twist my brain 25 ways to imagine why my protag and future love interest would be fighting at that point in the story.
The short answer was: they wouldn't. I was misinterpreting the idea of how not having a boring scene. So I stopped forcing it and let the scene play itself out. They both have completely different goals. That was all I needed to show. An argument would have made their future love-affair entirely unbelievable.

Thanks for your blog. I get so much out of your take on things.