What I Wish I'd Heard At Graduation, Addendum: Be Amazed By Success 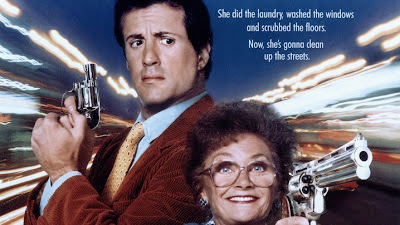 When I was young and silly, if I met a screenwriter who only had one credit for one bad movie ten years ago, then that writer was just a joke to me.  After all, I was about to be a huge success, and I couldn’t risk my rising cred by hanging out with people whose work I couldn’t respect.

This attitude can be seen in the criticism meted out to storytelling guru Blake Snyder: “This guy’s biggest credit is Stop or My Mom Will Shoot! Why are we listening to a thing he says?”

This is a lousy attitude for so many reasons...
Most often, the writer in question wrote a brilliant spec back in the day, and then a producer bought it, and pretended he was going to make it soon, but asked the screenwriter to re-write one of the producer’s pet projects in the meantime.  Alas, the producer then buried the brilliant spec, because all he actually cared about was the pet project, which was always destined to be a horrible movie, no matter who wrote it.

Now don’t get me wrong: maybe the writer you’ve just met really is just some talentless boob who got steampiped through the system because his uncle was the studio head.  But it’s pretty obvious who those guys are.  If, on the other hand, you find yourself saying “Gee, this guy seems smart, so why do his movies suck so bad?”, then give him the benefit of the doubt.   In this unforgiving business, it’s good to keep in mind that success is a pretty amazing thing.
Posted by Matt Bird at 1:00 PM