Storyteller’s Rulebook #160: The Hero’s Goals Can’t Be A Mystery 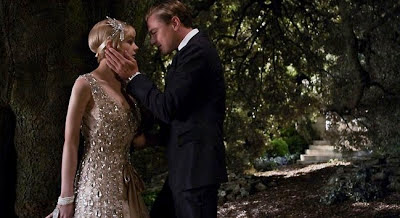 If you read the “Amateur Friday” scripts that Carson gamely posts and reviews on Scriptshadow, one thing you see over and over is scripts where the hero’s goal and/or primary motivation are kept mysterious until the final act.

This is strictly verboten. Certainly, heroes can have an air of mystery. In “The Great Gatsby”, the backstory of the title character is a great mystery and comes out very slowly, …but we always know what he wants.  He wants Daisy.  He wants to make it to her dock with the green light.  We may not know every reason that he wants her, but that’s no too much of a mystery, either: she’s pretty and rich, after all.

In A Fistful of Dollars, we know even less about the backstory of “The Man With No Name” (actually, they call him Joe) than we do about Gatsby.  And in this case, it takes us longer to figure out his overall goal, but we can at least follow his mini-goals.  In fact, we’re constantly figuring out what he’s doing, each step of the way, and admiring him for it.  Likewise, we can infer his surface motivation (disgust at the rival gangs’ mistreatment of innocent bystanders) until we find out a little more about his deeper motivation.

Those beginning writers at Scriptshadow know that they’re supposed to create an air of mystery, so they figure that the audience will be enjoy solving the mystery of what the main character wants, and why. But in fact, the audience hates to have to do that.  By the time the story gets going, we demand to know enough about the main character’s goals and motivations in order to follow along and engage with the story. 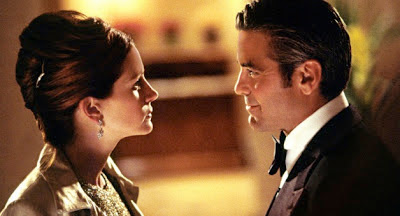 One thing you can get away with is to have a hidden secondary motivation that is revealed later on.  The remake of Ocean’s Eleven does this, withholding the reveal that Clooney really wants to win his ex back, but there’s already enough reason to steal $150 million dollars, so the audience isn’t baffled while we wait to find that out.

An extreme example of withholding the secondary motivation is “Breaking Bad”, which is an interesting case.  We’ll pick up there next time...
Posted by Matt Bird at 8:00 PM

Don't know if you're familiar with this book. It's written for web design, but its principles are applicable to any creative medium. This post reminded me of it. http://www.amazon.com/Dont-Make-Me-Think-Usability/dp/0321344758