Storyteller’s Rulebook #150: The Hero Should Be Special

Okay, folk, my massive Head-Heart-Gut synthesis is taking longer than I thought, so I’m pushing it back to tomorrow.  In the meantime, here’s a short piece to tide you over... 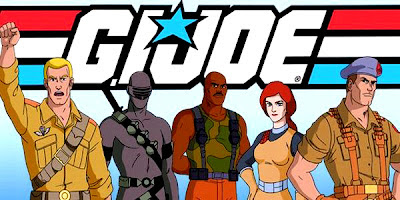 You’ll probably be shocked to hear this, but when I was a child my favorite “G.I. Joe” figure was Snake Eyes.  If you know what I’m talking about, then you get my joke, because Snake Eyes was everybody’s favorite.  He was so bad-ass!  Just look at these guys! Who’s the awesome one?  The mystery man in black, that’s who!  Now don’t get me wrong, I loved every member of this elite fighting force…but Snake Eyes was special.


Then in 2009, they made a G.I. Joe movie, but, this time around, Snake Eyes didn’t become a breakout character.  To see why, let’s take a look at the cast:

Snake Eyes isn’t special!  They’re all in black!  The producers thought, “If the fans love Snake Eyes so much, let’s make everybody look like that!”  As a result, there was no character that popped, and the movie flat-lined.

The same rule applies to a hero’s abilities.  In Batman Begins, Bruce Wayne went to the orient and learned through grueling experience how to become a warrior: they taught him to disarm anybody with a whirl of kicks and thai-boxing punches.  When he came back to Gotham, he was the only one who could do that stuff.  It was really bad-ass.

But by the time we get to the risible third movie, everybody can do it.  Okay, I guess maybe it makes sense that Bane can do it, because he was trained by the same people …but even Catwoman can do it, and she’s just a prostitute-turned-jewel-thief! 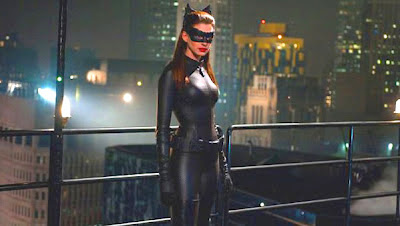 As soon as she disarmed three people who were pointing guns right at her, I knew I was going to be in for a long three hours.  Batman wasn’t special anymore.  He was just another bad-ass in a bad-ass filled world.  The hero has to be special!  You can give the other character’s their own special look or their own special abilities, but don’t diminish your hero as you do it.
Posted by Matt Bird at 8:21 PM

What happened to Catwoman's whip? Wasn't that her special thing? Sorry, I haven't seen this movie yet.

Good call! The whip would have been a huge improvement.

Seems like just about everyone in action movies knows how to do these things - did they all go to that Himalayan training camp or whatever it was?