How To Generate An Idea, Addendum: Regrow It From A Seed

Welcome back!  I may talk more about the return of the blog and other changes soon, but for now let’s just dive right in: 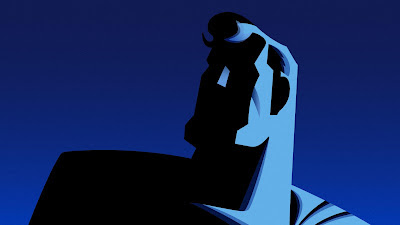 So, as you may know, I took this summer off from this blog to force myself to actually write some movies. Naturally enough, I decided to follow as much of my own advice as possible at every step of the way. And, inevitably, I discovered when I tried to road test everything for the first time that not all of it worked quite as well as I was hoping it would.

Let’s start with my How to Generate an Idea series. The bad news is that I tried all nine methods that I had suggested and none of them came through for me.  I came up with lots of lists of ideas based off of each one, but nothing excited me.  I wanted some high-concept ideas, which means I needed something big. Nothing I came up with was big enough.

Then I started looking at various successful high-concept franchises and trying to figure out how they did it: were they successful because of the neat little details of the franchise or because of the core of the idea?  I realized that this was a hard question to answer, because a lot of these franchises had been around a while, and the details now bore little relation to their conception. The original stories about this character had been metaphors about an emotion, but now they were just writing stories that were about previous stories.

So I got an idea: I listed every franchise I could think of, over a hundred in all, mostly old, forgotten superheroes or pulp heroes, and I tried to figure out what the original core metaphor was behind that character, either consciously or subconsciously in the mind of the original creator.  Then I threw away all the accumulated details that had crusted up over the years, leaving just the core metaphor.  Then for each one I tried to create a new franchise based on that core.  Soon the high-concept ideas were flowing. 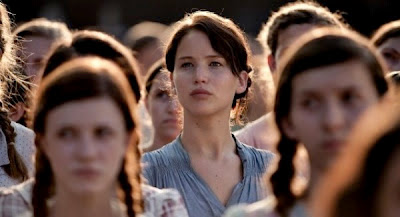 Of course, once I’d had my brilliant idea, I started to notice that everybody else had been doing it for a long time.  Here’s Suzanne Collins on the origin of her billion-dollar Hunger Games franchise:
Of course, Collins could have just written a series of books about Theseus, who is, after all, in the public domain, and since she was already an established writer she probably could have sold them and made a nice living off that.  In fact this might have been an easier sell to publishers, since “Theseus” was already an existing property.  Mythology-loving kids were already going to libraries asking for books about Theseus or the Minotaur, whereas nobody was asking for books about Katniss Everdeen yet.

But instead of locking herself into the specific characters and details of that story, she merely borrowed its metaphorical core.  She went to the old, overgrown, dormant tree that was the Theseus myth, chopped it apart, found a living seed in the heart of it, then replanted that seed in modern soil and grew a new tree.  A money tree, as it turns out.

Of course, the best thing about this method is that it works even if the franchise is not in the public domain.  You can identify the core metaphor behind Superman and then grow a new story from that seed, and DC Comics can’t do a damn thing about it!
Posted by Matt Bird at 12:01 AM

this is, of course, what people mean when they say something like "Easy A is a 'modern retelling' of The Scarlet Letter or Ten Things I Hate About You is a modern retelling of The Taming of the Shrew." Well, no - there is practically nothing of Shakespeare or Hawthorne in those movies, but there is a core metaphor that is common.

Yeah, they try to have it both ways by promoting their movies by saying "Hey, it's a twist on that thing you already know!" but it's not a great idea to say "Hey, compare us to Shakespeare!"

I'd say this meta-core method isn't just applicable to thinking through characters or franchise ideas but to many other modes of idea generation. You can start out by looking at the meta-cores of your favorite individual films/novels/short stories or your favorite genres or story types. By boiling something down to its essence like this you might even surprise yourself. You might think you love Westerns because they are about _______ when it turns out that most of your personal favorite examples of the genre are really about ________. It's the failure to do this kind of deeper thinking about core themes that results in genres full of superficially impeccable yet ultimately hollow copies of their much better predecessors.

Great to have you back in my feed reader, Matt. You were missed! Hope your writing has been going well.

Hey Senior Caravan. Was just referred to your blog. Worked in production/on-set for years. Finally pursuing writing full-time. I love the site and all the work you've done to impart on others. Much appreciated. Very grateful for all your time and efforts.

I would ask you what the core metaphor for Superman is but for a sneaking suspicion that you just used that yourself, and the feeling that whatever novel insights you have there should remain your trade secret. Hope your new screenplay(s) get optioned soon if they haven't been already.

Also would like to take this opportunity to say I bought your book and thanks. I'm pretty sure I will never look at story in the same way ever again. You've shown me ways to work both harder and smarter.