What I Wish I’d Heard At Graduation, Part 9: You Can't Pay Your Dues Until After You’ve “Made It” 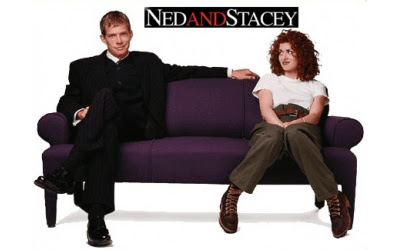 For years, I mistakenly thought I was paying my dues: I wrote a lot of screenplays, first ones that were terrible and later ones that were better, and I did odd jobs for big-time screenwriters, like organizing an Emmy winner’s library, and editing banquet-dinner videos for an Academy Award nominee...  But then I realized that actual dues-paying has nothing to do with learning your craft or impressing potential employers.

Aspiring screenwriters often think: “I’ll write a dozen screenplays, on my own, behind closed doors, then, one lucky day, my talent will be spotted by someone on the ‘inside’, who will read my work and love it.  Some calls will be made, and by the end of the day, I will suddenly have an agent, a studio contract, and a check for a million dollars.  Then I’ll decide whether or not I ever want to work again.”

We somehow think that the day we make our first sale is the day our dues paying ends.  This is utterly backwards.  “Paying dues” actually refers to doing excellent work in your chosen profession that pleases your boss but does not please yourself.  Doing paid work of the kind you want to do, but working on projects you don’t really believe in.

Writers are constantly fed fairy-tale stories of writers like Quentin Tarantino, J.K. Rowling, Stephanie Meyer, Diablo Cody, etc., who supposedly hit it out of the park their first time at bat.  Those stories may or may not be lies, but they are certainly not typical.  Note that you get far fewer profiles or writers like Suzanne Collins, who published a lot of semi-successful books before she finally hit it big with “The Hunger Games”.  Stories like hers, while far more common, don’t sound like fairy tales, so they don’t get repeated.

Most screenwriters have to pay their dues for years after they start making money, but before they can do the personally-fulfilling work they were born to do. Matthew Weiner was a staff writer on “Becker”!  Charlie Kaufman was a staff writer on “Ned and Stacey”! And they didn’t contemptuously dash off a few scripts that were far beneath their skill level.  They worked hard.  That’s real dues paying.  And it starts after you’ve supposedly “made it.”

Wow!  Things look bleak for our heroes!  Will it get any worse before it gets better?  Find out tomorrow?
Posted by Matt Bird at 6:30 PM

Isn't this why all of your specs should be in forms and genres that you truly love, as close as possible to the work you'd ideally see yourself doing?

I don't see Matthew Weiner's work on BECKER or Kaufman's stint on NED AND STACEY in quite the same way as you -- as some kind of dues-paying netherworld they had to climb out of. Unless either one of them truly detested sitcoms at the time or had a ready drawer full of finished polished scripts as great as the work they're known for now, it doesn't seem like that bad a deal. Tarantino isn't really a fairy story either. He worked his ass off for years trying to be an actor, then making a failed feature on his own and toiling to refine a handful of scripts before he got anywhere with any of them.

I thought the whole point of being a screenwriter as opposed to some higher brand of hyphenate was to find a way to believe in the work you're able to get paid for. To find some kind of overlap of interest for you personally in collaboration. Isn't that what actors do too when each new role isn't quite, say, Hamlet?

Just from reading your blog all this time it seems to me that you could find a way to empathize with a wide variety of characters in a healthy spread of genres and story types. So are you really on the hook for a bunch of unicorn movies that you're faking it through? How big is that gap really between what you're working on -- some of which sounds pretty exactly right up your alley -- and what you'd ideally be doing if you were completely your own boss?

To put it another way, are you maybe conflating a couple of disparate ideas: 1) The point where a writer demonstrates the necessary skills to be deemed empolyable; 2) The moment when a writer discovers his/her true voice and vision; 3) The fact that any writer's first job(s) are likely to be some distance from his/her ideal job.

But don't different writers develop differently? And furthermore, aren't there some writers whose voice/vision really is more ordinary -- more BECKER or NED AND STACEY than anything iconic like the work Weiner and Kaufman went on to create?

Lucky are those who find their true voice/vision before (or exactly coincident with the time) they've demonstrated sufficient skill to be employable. I'd wager that even their first jobs for hire are a little bit closer to their ideal jobs.

The most excruciating thing is that, at this level, you can sell something that's totally up your alley, and then at any point a producer can make you change your script into something you hate.

Again, I go back to Simon Kinberg. Now even though I love Simon, I'm not actually a fan of "Mr. and Mrs. Smith" in concept or execution, and I am a fan of David Fincher, but I couldn't help but sympathize with Simon's painful story of meeting with Fincher, who wanted to direct it, but only if Kinberg would rewrite the movie as a thinly veiled metaphor for spousal abuse, with the two trying to kill each other on orders from the their bosses, then going to the emergency room and trying to explain away the bruises. Kinberg talked about how he really didn't want to get fired off his own movie, so he rewrote it that way. Fincher eventually decided not to do it, so they took all those elements out, to his great relief.

I've had similar experiences. Yes, you're most likely to get hired onto a movie that is up your alley, and that's good news, but until you have enough clout to call the shots, in the way that Weiner and Kaufman do today, you're still working on something that could become something you don't like at any time.

My point is that they got where they are today not by hitting their first opportunity out of the park, but by writing steady, dependable, non-inconoclastic work for many years.

(And you have seen Ned and Stacey? It was truly dreadful. Just imagine Nick Cage's character from from Adaptation showing up to work in that writer's room every day! Imagine the internal monologue!)

I'd actually rather have seen that ultra-dark Fincher take on MR. & MRS. SMITH. Maybe not what the writer originally intended, but not a travesty of vivisectional rewriting either.

And maybe it's a good thing then that Kaufman's first sitcom was so terrible. If he'd started out on THE SIMPSONS he might still be working there today and we'd never have those other features. Same with Weiner's stint on a sitcom. Since I don't believe he had anything like the MAD MEN pilot ready when he took that job, maybe the experience spurred him on to better but also different work, such that at least he was eventually able to get a steady job on THE SOPRANOS and bide his time.