What I Wish I’d Heard At Graduation, Part 7: Be Ridiculously Professional 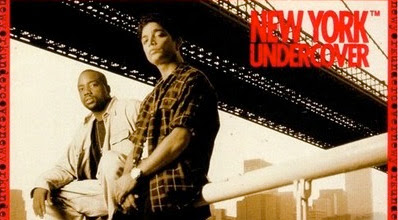 Screenwriting is a business of razor-thin margins.  For every job opening there are tens of thousands of potential applicants.  It’s really hard to become a better writer overnight, but it’s much easier to will yourself to be (here’s that dreaded phrase:) detail-oriented.

Why?  Because talent actually can, eventually, be taught, but it’s almost impossible to beat professionalism into someone’s head if they don’t want to learn it. They can teach you how to write dialogue, but they can’t teach you seriousness or respect.

Turn in drafts on time, even if you suspect that they’re not going to bother to read them for weeks. Be early for every meeting, even if you know that they’ll show up twenty minutes late. If they disrespect you, show them up by being twice as respectful to them.  Be a pro, and you’ll move to the top of your bracket, whatever bracket you’re in.

Go above and beyond: Reggie Bythwood told me this story about getting hired on “New York Undercover”. Bythwood had been a writer for the sitcom “A Different World” and he was explicitly hired to add jokes to the show, but he quickly realized that there was a problem: creator Dick Wolf tended to put all the experts on policework he interviewed onto his “Law and Order” staff and fill the “NYU” staff with hip-dialogue guys, so there was a lack of expertise on the nuts and bolts of the world of the show.

Bythwood decided that he would study up on all the procedural stuff, so that he could be the go-to guy when the other writers had questions about that.  Soon enough, everybody loved him. That’s real professionalism.  Do everything you’ve been hired to do, and then go past it to do whatever needs to be done, even if it’s not one of the strengths you were supposed to bring to this job.

Okay, okay, you say, you promise to be good, but what good will it do you if you can’t get hired anywhere?  Guess what, tomorrow I’ll finally tell you the number one shortcut to getting your dream job...
Posted by Matt Bird at 6:22 PM

The NEW YORK UNDERCOVER anecdote speaks to an admirable through-line of your advice on this blog about how hard work can turn liabilities into assets. I was inspired to read a friend's recent draft and find out he followed your lead and turned some of the worst scenes in his script into the best ones through just the kind of detail-oriented self education you recount above.