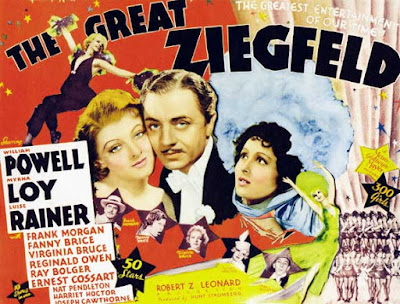 The Year: 1936
What the Nominees Were: Anthony Adverse, Dodsworth, The Great Ziegfeld, Libeled Lady, Mr. Deeds Goes to Town, Romeo and Juliet, San Francisco, The Story of Louis Pasteur, A Tale of Two Cities, Three Smart Girls
Other Movies That Should Have Been Considered: My Man Godfrey, Camille, Swing Time, and our winner

What Did Win: The Great Ziegfeld
How It’s Aged: It’s excruciatingly bad, a snail’s-pace three-hour celebration of the life of a sociopathic boob, punctuated by the world’s longest and blandest musical numbers. 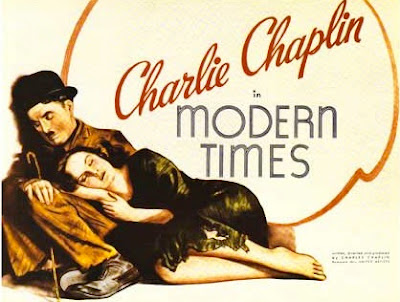 What Should’ve Won: Modern Times
How Hard Was the Decision: I love Dodsworth and Libeled Lady, but it really came down to My Man Godfrey, Capra’s Mr. Deeds Goes to Town and this. Like the Academy itself, I find myself factoring in that Chaplin and Capra have both already won in my little parallel universe, so I was inclined toward Godfrey, but upon re-watching it, I concluded that it’s a delightful romantic comedy except for the fact that it  doesn’t have enough romance or comedy, preferring instead a bittersweet whimsy that is endearing, but not Best Picture worthy. 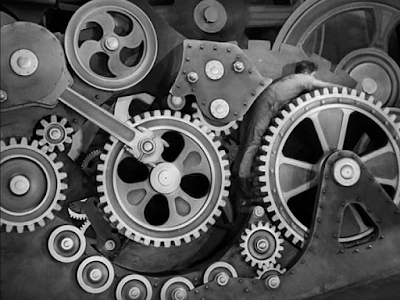 The Story: The Little Tramp is driven mad by an assembly line, accidentally leads a workers’ parade, goes to prison, accidentally snorts a lot of cocaine, foils a jailbreak, loses a job, then loses many more jobs…but eventually meets a fierce young homeless woman who happily shares his troubles with him.

Any Nominations or Wins: None whatsoever!
Why It Didn’t Win: Not only was Chaplin still clinging to (mostly) silent cinema, but his radical politics and sexual indiscretions were both beginning to catch up to him.  The movie changed the world, but won Chaplin few fans in Hollywood.

Why It Should Have Won:
How Available Is It?: There’s a new Criterion set that looks great, but I own the older mk2 set which is merely okay. 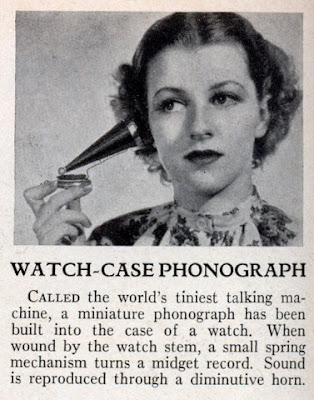 Have you seen DODSWORTH? I keep meaning to, as it's one of David Mamet's favorite movies and also gets mentioned sometimes on other lists that have intrigued me. Also just caught Richard Brooks' film of ELMER GANTRY which was surprisingly good and still seemed like an incisive and accurate look at American religiosity.

I love Dodsworth, which is shockingly modern and understated. I still need to see Gantry.

agreed that Modern Times was the best American film of 1936 - but could it have won? Being such a late silent picture and Chaplin's reputation make it pretty unlikely.

Certainly this one is the biggest stretch so far, Mark. At what point does my alternate reality timeline break off into a world of its own?

Ultimately, I justify it this way: 1936 was an odd, transitional year for American movies, without any obvious shoe-ins for Best Picture. The fact that Ziegfeld won, even though it was pretty widely despised even at the time, shows that the Academy was flying blind.

Given that this was a wild card year, I felt more freedom to choose a left-field winner, especially since, as you say, it's so clearly the best movie of the year, in retrospect.

Dodsworth is fantastic, although sometimes the hero's devotion for his monumentally selfish spouse is a little difficult to understand. Huston's acting leaves no doubt that he loves her; but when he's off-screen, the questions of why and of how it came about are inescapable. (Plus having a never-better Mary Astor for a rival does Ruth Chatterton zero favors.)