Seeds of Greatness #2: The Honeymooners 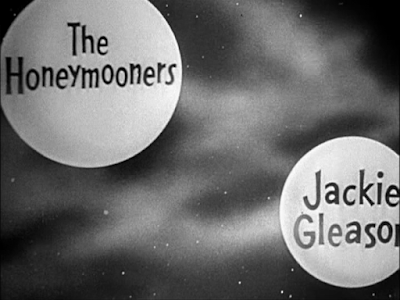 Background: This had already been a recurring skit for five years on two different variety shows hosted by Gleason, “Cavalcade of Stars” on DuMont and then “The Jackie Gleason Show” on CBS.

Type of Show: 1/2 hour three-camera episodic network sitcom
Structure: Three acts (all in the same room in most episodes!)  No teaster, no tag.

Irreconcilable Hero: Ralph is discontent with his small but steady wage, craving quick wealth, but is too guile-less to make any of his schemes work. 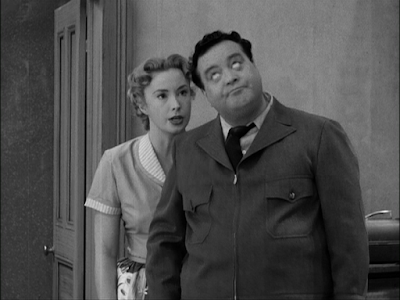 Polarized Ensemble: Ralph denies his wife anything nice until the day he can get rich quick, Norton lives on credit without a care in the world, Alice wants the find a sustainable middle ground between the two.

Point of View: As is often the case, we begin with Alice.  The entire show is almost always set in her kitchen domain, and we never even see him at work.  He’s the main character, but we see him primarily through her eyes, with both exasperation and affection.

The Storylines: There’s only one “A” story with no subplots.
Statement of Philosophy/Theme: Not really. Since they were picking up from the already popular skits, they didn’t really sell the premise very hard here (there’s not even a get-rich-quick scene for once).
Twist: None

Why We Fall in Love with Each of Them:
Does The Pilot Predict the Greatness of the Show?: Yes, in that it’s hilarious, but it’s not a very typical episode.

What Followed: After only one long season as an independent show (39 episodes) CBS and Gleason both agreed that they were already worn out.  It went back to being a recurring skit on various other shows for many more years, going as late as 1970.

How Available Is It?:  Nice-looking but features-free DVDs collect the “classic 39” episodes as well as all the skits, which are referred to “the lost episodes”.
Posted by Matt Bird at 6:21 PM