What I Wish I'd Heard At Graduation, Part 2: Stockpile Your Work Until Everyone Is Telling You That You’re Ready 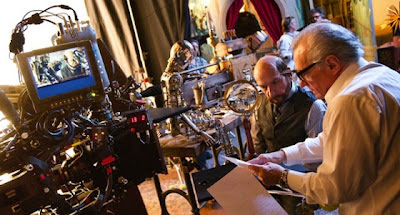 A lot of aspiring screenwriters keep churning out self-indulgent scripts, thinking that their goal is to find one “enlightened” executive who sees the value in their material, hands them a golden ticket, and stove-pipes them to the top of the profession.  No.  That executive doesn’t exist.  He died forty years ago.

What if you did actually find that lone powerful decision-maker who liked your stuff, even though no one else did?  All he could do is say, “Okay!  I love this!  Now I’ll put you in a room with ten of my colleagues and you’ll have to sell it to all of them.  And by the way, if nine of them love it, and one hates it?  It’s dead.”

There is only one way to get ahead in the world of screenwriting: popular acclaim.  Write a script that everybody loves.

(“Popular acclaim” is not the same thing as “broad appeal,” but your level of talent does have to match the difficulty level of your screenplay.  If it’s about a leprosy epidemic in an old folks’ home, you’re going to have a harder time getting everybody to love it, obviously.  But if you’re amazing enough to pull that off, then go for it.  If you write a truly great script on that topic, people might say, “this isn’t my thing”, then they’ll follow that up with “but the writing is brilliant and we have to hire this writer for something.”)

This is why you need to wait before you send out your material, rather than pouncing on every opportunity early on.  If a powerful person asks to read a sample of your writing, that’s a dangerous opportunity.

Let’s say that you just finished your first screenplay, and your uncle mentions that his stepson is Martin Scorsese’s assistant.  What should you do about this?  Nothing!  It’s your first screenplay! If this really is an opportunity, don’t blow it.  This is only an “opportunity” if you happen to have something that everybody is telling you that Scorsese would buy.

A capital-s Screenwriter is someone who has started to really master the format.  How will you know when you’re ready?  When people you trust are insisting that you send your stuff out.  Tomorrow we’ll talk about what you can do in the meantime…
Posted by Matt Bird at 6:30 PM

Couldn't agree more. Even sadder than writers who leap into the management fray and start meeting with producers before they are great are the ones who've written something really excellent -- but ONE thing only -- and then are inevitably brought up short when everyone loves that script but nobody wants to buy it. The follow-up question: "So what else you got?" falls on deafening silence or mumbles about some half-formed idea. I'm of the opinion that nobody should seek out representation or a pitch to producers until he/she has at least two strong specs that everybody loves and one more on the way. Maybe add a spec pilot in there too for good measure.