Storyteller's Rulebook #134: A Bad Movie is Actually Kind of a Big Deal 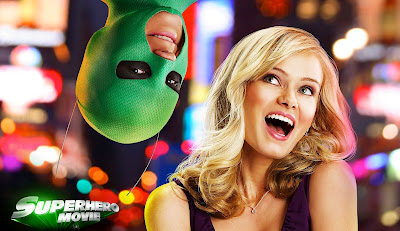 So recently I’ve been eating my spinach, which is to say that I’ve been catching up with the ScriptNotes podcast by John August and Craig Mazin.  I feel I must listen because this is an opportunity to hear two big-money screenwriters give inside tips about how to survive the business, and I do appreciate that they’re taking the time to do that, but I have to force myself to do it because I find them both to be pretty obnoxious.

I’m not going to fall into the trap of casting aspersions on their produced credits, because I certainly understand that a writer has very little control over which jobs they get (In fact, John and Craig did a pretty good episode about that here) but I don’t have to, since my problem is with each guy’s online persona….

Craig ran the ridiculously smug blog “The Artful Writer” for many years, and he’s rather infamous for his disastrous interference in the 2007 writer’s strike.  John’s eponymous blog is occasionally fun, but the good is mixed in with a lot of blasé cluelessness, such as his piece about how you shouldn’t write any screenplays about people trying to get a million dollars anymore, because a million dollars is just chump change these days (to guys like John).

And it’s that last one that points to the most infuriating element of the podcast.  Almost every week, for one reason or another, they launch into an attack against people who get upset by low-quality movies.  “Who cares?”, they demand to know, “Bad movies aren’t hurting anybody!”  These giddy tirades inevitably end with a pumped-up Craig yelling “SHUT UP!  SHUT UP!” while giggling.

Can you spot the connection?  A bad movie isn’t a big deal…if a million dollars is chump change.  But for most moviegoers, neither of these things is true.  After a long week’s work, if you go to a movie by yourself on a Friday night, you’re dropping $10-$17 for the ticket.  If you bring your family, it shoots up to $60 or more.  For many American families, that’s their entire entertainment budget for the week, and even if it wasn’t, that’s the only “night out on the town” that they can carve out from a 50-hour work week.

I hate to shock John, but for the average joe, a million dollars is actually a lot farther away now than it was thirty years ago. Wages haven’t kept up with the rate of inflation (but costs such as movie tickets have exceeded it).

So yes, if you use up several hours’ wages and the only entertainment time your family has on a bad movie that none of the moviemakers really cared about, that is kind of a big deal.  John and Craig are allowed to goof off all they want going to free screenings, so they don’t realize what they’re asking of the people who have to pay to see their movies.  Which, come to think of it, explains a lot.
Posted by Matt Bird at 6:30 PM

I couldn't agree with you more. In part, it's the proliferation of this kind of contemptuous attitude that is driving younger generations away from movies, or at least for paying for the experience of them. If the quality of the moviegoing experience is likely to be less worried over by the creatives with the power to shape it than, say, most of the pop music kids are already stealing why should anyone under the age of 30 go to a theater or pay money for a movie at all? They don't just think they've seen it all before and probably better. They pretty much have. Which is why it's refreshing to see any movie that actually tries to give us something new, like this weeks' THE CABIN IN THE WOODS, which also manages to simultaneously critique the junkiness of many of its cliched contemporaries.

And there's always TV, too where show creators like Matthew Weiner clearly obsess over every detail of every episode. How great was "Signal 30" last night?

Well said, their egos are so inflated.

Not to mention that your blog is actually helpful to people who want to write.

I can't remember where I saw it -- somewhere online -- but the article was about how many poor movies were getting rave reviews and that was a sad sign.

PS. They should go watch "The Bicycle Thief". John and Craig, if you are reading these because of some Google Alert, "The Bicycle Thief" (also called "Bicycle Thieves") is a movie about someone trying to get something far less valuable than a million dollars.

Just saw "Signal 30", which was excellent, but last week's episode, about all the different reactions to the Richard Speck murders, truly blew me away. Right up there with the best the show has ever done.