How to Create a TV Show, Part 9: Establish a Unique Point of View 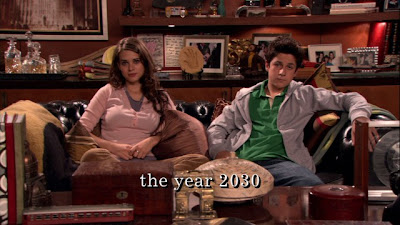 A casual observer might look at the endless spate of cop shows on TV and say “cop arrests crook, they’re all the same…”  But the best TV shows succeed because they have a unique point of view.  This p.o.v. is usually defined by the first scene in the teaser, which is literally our “way in” to the story.
Many sitcoms also have specific points of view:
Not all shows are as formulaic as those three but almost every show has certain tendencies:
Of course, there are also great shows like “Mad Men” and “The Simpsons” that have no fixed point-of-view at all, but these shows are about such unique worlds that they don’t feel as much need to distinguish themselves from other, similar shows.

One nice thing about establishing a unique point of view is that it allows you to re-tell classic stories in a fresh way.  “Columbo” and “Law and Order” may have already done “wife kills her husband’s mistress” stories, but “CSI” is going to tell it in a new way: from the point of view of the evidence.

The most important thing that studios and showrunners look for when they read a spec pilot is a new “voice”.  They want someone who can find a new angle from which to tell whatever story they’re assigned to write.  Writing a spec pilot with a never-before-seen point of view is a great way to prove that you’ve got what they’re looking for.

Some of these examples seem to me to be more about what I'd call "point of entry" or a way into a story rather than "point of view" which I take to relfect more of the specific dynamics of viewer identification with character(s) through an idiosyncratic perspective on the show's world. Obviously a given show's "point of view" should influence its "point of entry" but I don't think the ideas are interchangeable and I don't think the influence necessarily goes the other way around.

It is useful to delineate those two concepts, but I suppose that my point is that "point of entry" DOES influence "point of view" in subconscious ways that the viewer doesn't realize: Louie's entry allows the show to follow the absurd, digressive rhythms of a stand-up routine, L&O's entry establishes that the needs of the cops and prosecutors on this show will always be subservient to the needs of the public, whose story this is.

I wouldn't call AD's narrator unreliable, so much as HYPER-reliable, in that he stands outside the action and comments on it. The narrator doesn't say something that we then see in objective reality not to be true. More often, a character does something and the narrator undercut's the characters lies with truth, or a greater perspective. Maybe that's more what you're getting at -- he's not an impartial narrator, but one with a wry point of view.

Well, when they did that cable-show Bluth expose, he certainly got rather testily upset by the quality of that show's narration ...but I suppose that he may not have ever said anything untrue. Call him an emotionally involved narrator.