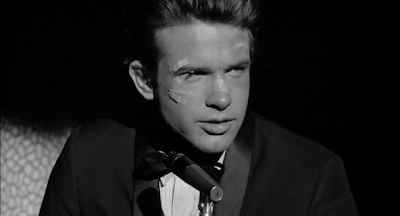 The Story: An ultra-cool Detroit nightclub comic finds himself on the wrong side of his club’s mobbed-up owner. Fleeing on the lam to the seedy side of Chicago, he imagines killers are hiding in every shadow… but he has a pathological urge to return to the stage...

How it Came to be Underrated: This movie has two big problems: it’s always divided audiences, and it’s always been hard to find. After wildly mixed early reviews, it was dumped as a drive-in movie, where audiences must have been truly baffled, since it was one of the first attempts to do a dryly-surreal American art-film. The movie has never been on video, and even when it shows up in revival theaters, it continues to attract as many detractors as fans. I happen to love it.

Why It’s Great:
If You Like This, You Should Also Check Out: Another fun attempt to merge jazz sensibility and noir style was the short-lived 50s TV show “Johnny Staccato”, starring John Cassavetes as a bebop pianist who moonlights as a hardboiled detective. It’s now on DVD. Alice’s Restaurant is another great Penn movie and Funny Bones is another darkly comic look at stand-up.

How Available Is It?: After the floodgates broke open last week, there’s no stopping me now: This is another only-on-bit-torrent special. The print I found is good but a little small.

Today’s Post Was Brought To You By: The Crimson Clown! 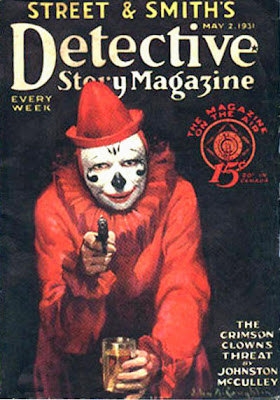 Actually you can get a decent DVD legally for purchase. Sony makes is on demand and sells it through their studio website and Amazon.com.

BONNIE AND CLYDE notwithstanding, I've always thought Arthur Penn was one of the more underrated directors of his generation. LITTLE BIG MAN is by far my favorite, but there are so many other good ones too, including his Billy the Kid movie THE LEFT-HANDED GUN, his wayward Brando/Nicholson Western THE MISSOURI BREAKS and NIGHT MOVES.

Well I'll be damned. Netflix should add it.

I need to see "Little Big Man" again. I saw it way back in high school and it didn't stay with me, but I need to give it an all-grown-up viewing. I absolutely love "The Missouri Breaks".