Underrated Movie #146: Investigation of a Citizen Above Suspicion 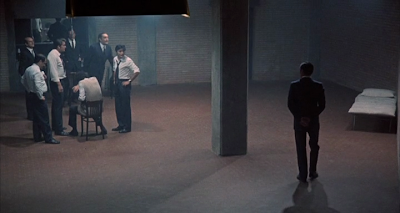 
The Story: As Italy’s postwar government slowly devolves back towards becoming a police state, an unhinged chief of detectives decides to test the limits of his power by murdering his lover, then leaving a series of clues pointing towards his own guilt, desperately hoping to be caught, but knowing full well how unlikely that is.

How it Came to be Underrated: This is a special case, it was not underrated at the time: in fact it won the Best Foreign Film Oscar…But, for some reason (which I’ve never been able to determine), it has never been available on video or disc in America. Until recent advances in piracy, it could be seen only at revival houses. Inevitably, it has been forgotten here, which is a shame, since it’s a masterpiece.

Why It’s Great:
If You Like This, You Should Also Check Out: Another brilliant Italian movie from the same year, also about a kinky conscience-stricken fascist, was Bertolucci’s The Conformist. Rewatching this, I also saw connections to the recent German stunner The Lives of Others.

How Available Is It?: I don’t usually feature movies that are only available on bit torrent, but I was dying to see this again so I made an exception. Since it doesn’t seem likely to ever be released here, you may have to take drastic measures. For what it’s worth, there are great prints floating around out there in the ether.
Today’s Post Was Brought To You By: Anything For Kicks! 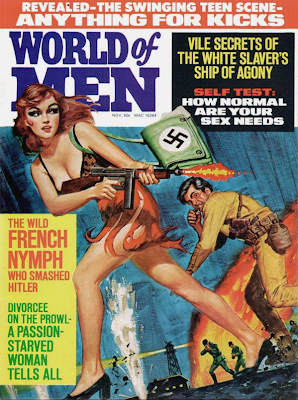 Funny because I just saw Fritz Lang's BEYOND A REASONABLE DOUBT which has a very similar premise but which I found rather thin precisely because the self-framing protagonist had such (seemingly) poor motivation for doing it in the first place. This one sounds way better.

Just heard that there's a new 4K restoration out on Italian region B Blu-ray with English subtitles. The best part is that Janus/Criterion was involved and will likely be releasing this in region A Blu-ray sometime in the next year or so.

Criterion has confirmed this title as a Dec. 2013 release.

Okay, I suppose I'm a little disappointed in this film, having finally caught up with it on the new Criterion Blu-ray. I guess I wish it had been a bit more boldly existential. As it stands, the chief is somewhat ambivalent about being caught -- at one point disposing of evidence he'd previously meticulously planted. And the murder he commits turns out to be very much about petty sexual jealousy and perceived insults to his manhood -- tawdry common motivations -- to which he freely confesses. I imagined it would be little more hardcore inscrutable, like the totally senseless and arbitrary crime in Camus' THE STRANGER or something Michael Haneke would make. And that the protagonist himself would be both more clear on why he was doing it all (the crime and the frame up/cover up) and less on-the-nose articulate about all the political and thematic stuff that it supposedly meant.

I also think the flashbacks don't do much for our understanding of the chief, his affair with his lover or his growing distaste for the misuse of the state power he embodies. I mean, we see him run one red light and get away with it. Really? He goes from that to murder? But only because she's also getting some with a revolutionary neighbor on the side?