Underrated Movie #141: The Man in the White Suit 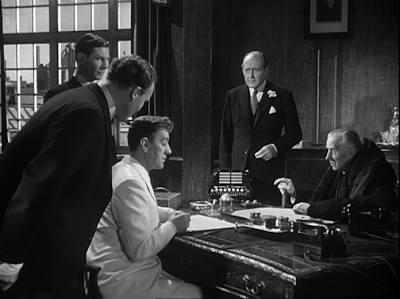 The Story: A clever inventor in a dreary mill town creates the world’s most perfect fabric, which never wears out or gets dirty, but soon the bosses and labor are united in an attempt to squelch the invention before it can ruin their livelihoods. He goes on the run, but the sample suit he’s made stands out like a light bulb.

How it Came to be Underrated: This movie, The Ladykillers, and especially Sweet Smell of Success should have made Mackendrick a permanent house-hold name, but his movies remain cult-hits, known mostly to film buffs.

If You Like This, You Should Also Check Out: Guinness triggered another manhunt in The Lavender Hill Mob. He got to play another unrecognized genius (at least in his own mind) in The Horse’s Mouth.

Today’s Post Was Brought To You By: Test Tube Frankenstein! 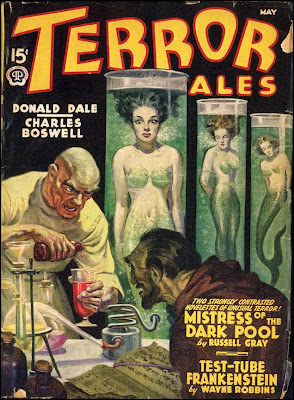 Thanks for this. Mackendrick has been on my list, and this was a great place to start. A strange and interesting film.

Looking forward to hearing what you have to say about his writing. ON FILM-MAKING has been sitting in my "to read" pile for a while.