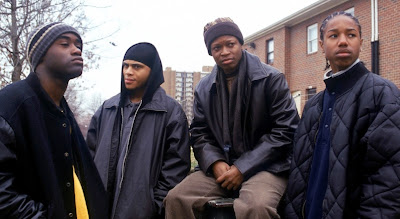 This one is the cumulative conclusion of yesterday’s and three previous rules, as cited below…

You’ve created your own world from scratch, which is separate and distinct from the world in which your audience actually lives. You have to invest your characters with value before you can upset us by killing them or victimizing them in any way.

In real life, each human being has inherent value, and when someone is killed, it can always be argued that they’ve been robbed of a potentially-bright future. But the characters in your story are just ephemeral phantoms until you imbue them with life. They have no inherent value, beyond what you invest in them, and no future, beyond the plans we actually see them make.

This is very hard to pull off without seeming manipulative. We all roll our eyes when a soldier talks about the big plans he has for after the war, because we know that he’s about to get killed. But it’s become a cliché for a reason: the alternative is worse. The trick, as always, is to build up your victim’s value subtly enough that we don’t see the tragedy coming.

Think about the seemingly-random drug-related killings on the local news, then compare that to the death of a certain character at the end of the first season of “The Wire”. The writers endowed that character with so much potential before they took it away that it was emotionally wrenching to watch him die. That’s writing at its most powerful.
Posted by Matt Bird at 7:00 PM

Subtle build-up of sympathy for characters is easier to pull off in TV than film, if only because you have more time. Are there any feature films that do this kind of thing better than most? Any great examples of tricks to avoid the red-shirt red-flags like the soldier who pulls out a picture of his sweetheart from back home? Any genre stories that surprised you by making you care more than you thought you would before the victims got shot, slashed or eaten?

Hmm... the opening scene of Scream, the infamous death in Hitchcock's Sabotage (or Psycho, for that matter), the end of Our Town, the end of Se7en...

So casting a star that you're willing to kill can do it. As can killing a child.

I suppose now that you mention it, the films that thrill me the most -- genre and otherwise -- are the ones that have the guts (and the skills) to do things to their characters I never thought I'd see. And to push every aspect of the storytelling a few steps further. Like the end of Michael Tolkin's THE RAPTURE or Nicholas Ray's BIGGER THAN LIFE or or Tarantino's RESERVOIR DOGS. Or the whole second half of Park Chan Wook's SYMPATHY FOR MR. VENGEANCE. Or everything after the cemetery scene in BRING ME THE HEAD OF ALFREDO GARCIA.

It also seems like part of what's necessary to get the audience to really care about a feature film character you're planning to knock off isn't just subtle build-up but also, perhaps, a giant narrative head fake.

In a pinch, pray for a great casting director. I only saw Spiderman once but still remember being surprised by how appealing Mrs. Doc Oc was, how the two of them managed to imply an entire marriage, and what a loss her death was -- for someone with a total of three minutes of screen time.

As for the right moment to kill a major character for greatest impact, there's the first scene (as in SCREAM), the first act break (as in PSYCHO), right smack in the middle of the film (as in SYMPATHY FOR MR. VENGEANCE) and at the very end. But you can't do it effectively between the middle and the end -- there's not enough time for the shock to have any value as a plot twist or enough emotional impact on the characters who remain. There's a German art film called SUMMER OF '04 that tries this and fails utterly for strictly these structural reasons.

The more I think about it, the more I realize that contemporary Korean cinema has much to teach us all about skillfully and satisfyingly manipulating an audience's attention and affections. And one of the big things for me that so many of these great films have in common is their utterly unpredictable story rhythms. How outrageous things don't simply happen to characters we thought of as safe from harm. But they happen at moments when we least expect it. Sometimes it seems like everything that would have happened in the Hollywood version of any given Korean drama/thriller has already happened by minute 45-55. So we really and truly have no idea what's going to happen next.

I don't know, J.S., I can think of some effective third-quarter deaths:

Obi Wan, Gandalf, Vito Corleone were mentors who weren't needed because their proteges had come into their own, so their deaths could be quickly processed without leaving a pall over the finale.

Leo in The Departed also comes to mind, but you could make an argument that the movie doesn't ever really recover from that one.

The death of Charles Martin Smith in the third quarter of The Untouchables is very effective, and especially shocking because we'd already had the obligatory dead partner scene.

You're right, as soon as I posted that I heard the voice of Blake Snyder saying, "But what about the whiff of death at the All Is Lost moment."

The death of mentors no longer needed is a special case, but a good example of how this dynamic works in the most traditional hero's journey type of story.

The kind of shock we've mostly been talking about is better captured in your example from THE UNTOUCHABLES. It was a huge surprise to me the first time I saw the film. It works for a number of reasons: he's the least physical most cerebral character, he's the architect of Capone's ultimate downfall (which he won't live to see!), he's been the comic relief in other scenes (you don't kill a clown!), he's more of a helper than a mentor (so you don't unconsciously expect this as you might if the Connery character were still alive at this point).