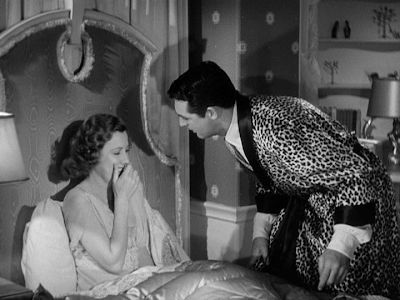 The Story: Seven years after his wife disappeared in a shipwreck, a meek lawyer is about to marry again to a cold new wife, but on his wedding day, his first wife shows up, alive after all, and determined to win him back. He’s ready to switch back, until he finds out that she was alone on an island with hunky Randolph Scott for all those years…

How it Came to be Underrated: This was one of those “Let’s do it again!” movies which reteamed Grant and Dunne a few years after The Awful Truth with a very similar story (and an identical third act). This movie has never quite emerged from the shadow of its more self-assured precursor.

If You Like This, You Should Also Check Out: Garson Kanin is better remembered today as a writer than a director. He and his wife Ruth Gordon (Maude from Harold and Maude) co-wrote great movies about bickering couples like Adam’s Rib and Pat and Mike... until they stopped co-writing for the sake of their own marriage!

How Available Is It?: It’s got a nice-looking DVD without much in the way of features.

Today’s Post Was Brought To You By: Happy Labor Day, Everybody-- Thank a Union Organizer Today For This and Every Other Day Off!

This one sounds pretty great. I'm a big fan of THE AWFUL TRUTH and of screwball comedies in general. In fact, I'm kind of perplexed that the so-called "comedy of remarriage" isn't more popular today. It seems to me to be the ideal state and highest aspiration of the romcom form.

Glad you mentioned Randolph Scott's Budd Boetticher Westerns, at least three or four of which are among the very best films ever made in the genre -- equal to the achievements of other masters like Ford, Mann and Peckinpah.