Storyteller’s Rulebook #99: Speak Their Language (And Your Own)

Back to the project tomorrow, but in the meantime... 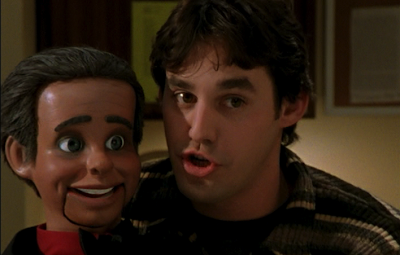 I heartily recommend this article in which various well-known figures give universally applicable advice to students who are returning to school this week. The best of the bunch is Joss Whedon, which is only fitting since there’s not likely to ever be a better saga of the American high school student than “Buffy the Vampire Slayer”.

His rule #1: is “Don’t Be Like Them” and his rule #2 is “Be Like Them”, but I’ll paraphrase his overall point this way: Speak their language fluently, but speak your own just as well, and never get the two confused. As Joss points out, this is good general life advice, but it’s also applies to both writing itself and a writing career.

In writing: The story itself has to have something to say, but you shouldn’t necessarily have any of your characters come out and say it. The characters must have a spectrum of opposing and equally valid points of view, but you also have your own point of view that the story itself demonstrates. The trick is to let the theme arise from the irony of the turn of events, not from what the characters say. Your characters will stay true to their own points of view if you learn to speak their language as well as you speak your own.


In a writing career: Producers demands that you speak their language like a native, but they also demand that you have something of your own to say. Most film schools teach you to do only one or the other, please Hollywood or please yourself, but that’s useless because every writer has to be able to do both. Producers don’t want you to shatter their mold and they don’t want you to stamp-out soulless duplicates of what they already have, either. They want you to subtly twist their mold into a new shape. They want you to use their idiom to tell your story.

After screenwriters realize how brutally competitive this business is, the temptation is to get bent over so far backwards that you simply ask what they want and try to give it to them, but this never succeeds. No one’s going to tell you to be original and bold, because nobody but you is invested in your success, but they go crazy for it if you do it right. 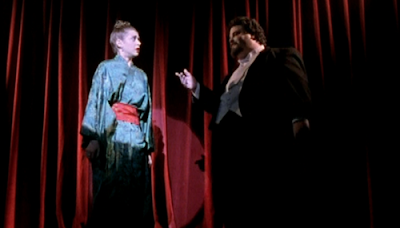 It strikes me that the kind of liminal (forgive the $25 word) figure of the writer you and Joss Whedon describe -- the consummate insider/outsider -- is not unlike many of the protagonists you've been analyzing in your first 15 minutes project. To overcome the kinds of challenges that are story worthy, a hero must draw on all his/her resources, learning the rules of the outer world and never betraying the deep inner truth of who they are.

Sam R. said...
This comment has been removed by a blog administrator.
10:36 AM

Excellent article. Very interesting to read. I really love to read such a nice article. Thanks! keep rocking

Thank You for providing us with such an insightful information through this blog.