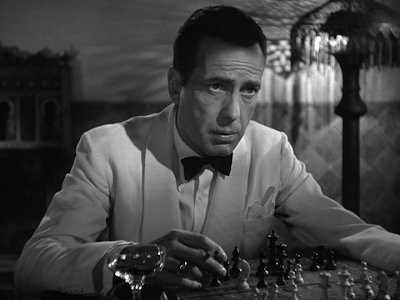 Okay, so you’ll see that I elevated the four shortcuts to sympathy I catalogued yesterday to our checklist. I’ll add more as I find other recurring themes. Starting today, I’ll also analyze at the bottom of the post what makes each intro unique or daring. Casablanca, for instance, introduces its main character quite late... 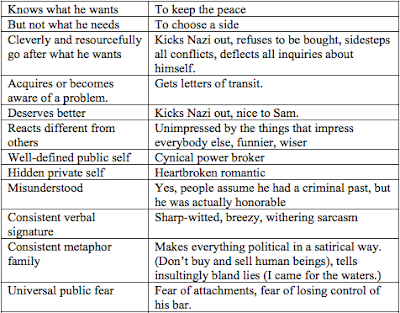 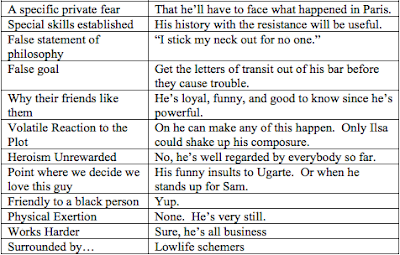 This is the first movie we’ve examined where the hero is introduced late, after everybody talks about him with much mystique. This trick can be effective, since it makes us fascinated by the hero before he even appears, but it’s also risky, since we don’t get to have a “point of view” character yet as we get to know this world. Here, it works here very well. Since everybody keeps talking up Rick, we know that he’ll be our hero and we’re willing to withhold our need for identification until he appears. Denied Rick’s point of view, we start the movie very explicitly with a “voice of God/ viewpoint of God” intro. It would be hard to pull this off in a modern movie. We live in a far more subjective era.
Posted by Matt Bird at 8:12 PM