What's the Matter With Hollywood, Part 7: CGI Ruins Stories, Too 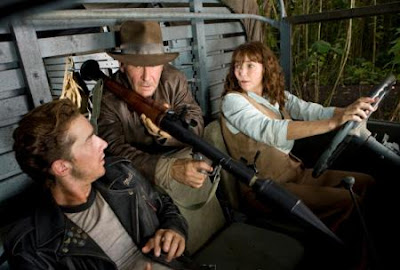 Lots of people argue that CGI has ruined special effects, but what’s less often pointed out is the way it can ruin the work of directors and even screenwriters. Screenwriters tend to live in their heads and forget about physical realities. But it used to be that we couldn’t get away with that for long, because someone was going to have to shoot it and they were going to make us fix it. No longer.

There’s no better example of how disastrous CGI has been for Hollywood than to compare the fourth Indiana Jones movie to the first three. Not only are the effects much weaker in the (far more expensive) fourth movie, but the laziness of the process has poisoned the entire production, all the way up to the script.

To make the first three movies in the series, Spielberg and crew flew all over the world, discovering wild new locations, coming up with neat new tricks on set, and just generally interacting with the landscape. The fourth movie was all shot in a studio in L.A. against a green screen with no sun, no weather, no landscape, no reality. Indy faced no believable physical challenges, because he faced no physics.

The script said our heroes should get into a truck chase through uncleared jungle. So Spielberg told his effects team to make that happen. The result was one of the lamest action sequences ever shot—Any two year-old knows that you can’t have a truck chase through uncleared jungle. Nobody bought it. Just because we see it doesn’t mean we’ll believe it.

If they had actually gone on location to do that chase, what would have happened? The teamsters would have said, “Gee boss, can’t do it, these trucks can’t make it two feet through uncleared jungle.” Spielberg would have said, “Oh, right, I guess we didn’t think that through,” and then they would have all looked around at the landscape and thought up a better way to re-write that sequence. The limits of production would have fixed the script. 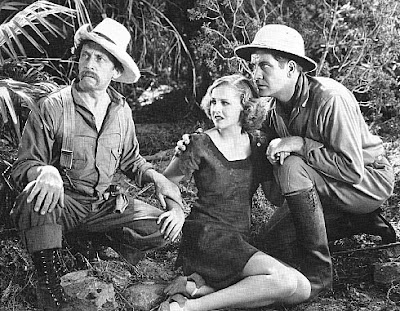 Ironically, movies have devolved back to the days of the old “Jungle Jim” serials, which were shot entirely on studio sets, without ever setting foot in a real jungle. Once again, everybody wants to just shoot a movie from 9-5 then go home and spend their salaries. They could care less if the result looks like crap (and yet somehow costs more than the GDP of Ireland).

When Raiders of the Lost Ark came out in 1981, it seemed like a very artificial movie, compared to the naturalistic ‘70s movies everyone was used to, but compared to the movies made thirty years later, it now seems like a verite documentary. At least an actual human being was doing actual stuff on actual filmstock.

The great irony is when Spielberg and Co. were doing the preproduction they never tired of repeating everything will be practical effects. BULLSHIT!

Raiders was the only movie I saw and was transfixed from beginning to end. I never wondered about the time or sat back in the seat or looked at people around me. I just sat, watched with mouth open till the end.

A lot of the jungle scenes in Indiana Jones 4 was actually shot in real jungle. You can see it in this making of:
https://www.youtube.com/watch?v=gcY3ifqOTXc
However, most of these scenes really look like they were shot against the green screen :-) But I think its because of the old school studio lighting. I dont think it was because of CGI.