Sturgeon’s Law states that 90% of everything is crap. Zeno’s Paradox states that it should be impossible to cross a room, because first you must cross it halfway, and before you can cross the remaining distance, you must cross half of that distance, and so on into infinity… So crossing an infinite number of half-distances should take forever.

Anyone who has ever read a TV Guide or judged a talent contest knows that Sturgeon’s Law is true and immutable. Anyone who has ever crossed a room knows that Zeno’s Paradox is not. But just try to get a job in the film industry, and suddenly Zeno doesn’t look so dumb. Time after time, you get halfway there, only to find that you still have an infinite number of ‘halfway’s still to go.

Why? Because of Sturgeon’s Law. In any creative competition, you can only compete with your peers at your current level. The good news is that 90% of the peers at your level will always be crap. If you can prove that you’re not crap, then you get elevated to a new level, consisting solely of that “talented tenth”. So now everybody’s great, right? Nope, because this is a new group, and so Sturgeon’s Law kicks in again. 90% of this new group, when compared to each other, is also crap. You’d better start scrambling again, hoping to avoid the next decimation.
How many times does this happen? How many decimations? At what point do you “have it made”? I don’t know yet. The one thing I’ve learned is that you’re never anywhere near the end. Let’s follow a typical path:
And so on into infinity? I don’t know, but I’ll let you know if I ever cross the room.
Wow. Depressing, right? I’m sure that no one is that shocked by steps 1-4, but you might not have known about steps 5-7. I sure didn’t. Before I arrived at my “elite” film school, I assumed that all of the graduates would be set for life. They sure didn’t let us know up front that their graduates have an 0.1% placement rate in the industry. Even after that sunk in, I still assumed that once you had reps you had it made… Nope. 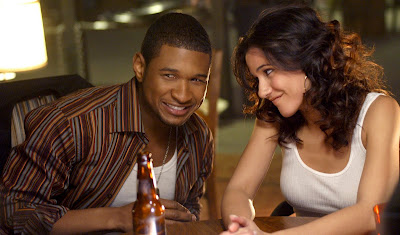 I cannot recommend highly enough this excellent ten-part series (1, 2, 3, 4, 5, 6, 7, 8, 9, 10) by Irwin Handleman about the ups and downs of his screenwriting career. It’s brutally honest and hilariously droll. Irwin has gotten past me to Step 8: seeing one of his scripts made and put on screen (transformed into an Usher vehicle called In the Mix). The result? He did not get any job security from that at all. Crap. I’m never going to be set for life, am I?
Posted by Matt Bird at 6:32 PM

Actually, I think he got decimate reversed. But I admire the usage anyway.

As I understand it, decimate has flipped meaning quite thoroughly over the years, so it's hard to identify which which would today be considered "correct". The word was coined when Rome would punish a legion that had showed cowardice, and they would "decimate" it by killing every tenth man. (deci meaning tenth). But in the ensuing two thousand years, the meaning somehow flipped from "destroying a tenth" to "destroying all but a tenth." So Anonymous is right historically and rams is right colloquially, I believe.

The key insight to me of the Irwin Handelman blog you link to is that Sturgeon's Law also applies to agents and managers. And that no representation is almost always better than bad representation. Frankly, from what I've heard just from a small circle of friends and colleagues, Handelman got off relatively easy with his bad agent. I know people who've had greenlit movies single-handedly sabotaged by spiteful ex-managers.

I had the same experience Irwin did, of almost committing to one manager, then taking another offer instead, and having the first manager then tell me that he would ruin me.

I didn't say it out loud, but I thought, "Buddy, if you had enough power to ruin me, then I would have picked you to be my manager."

The 90% that gets left behind is not necessarily "crap." Whenever supply exceeds demand (as it does in all creative fields), an awful lot of good stuff goes unsold.

Conversely an awful of bad stuff gets made, despite the daunting odds.

Obviously, this blog is devoted to the contention that a lot of stuff is falsely undervalued, but it does an aspiring writer no good to assume that they're not making it because the gatekeepers are failing to see how great they are. If they find themselves stuck at a certain level, it's never smart to assume that this is because of misperception. Their best bet is always to keep making their own work better.