The Big Idea, Part 5: Do You Start With Plot or Character? 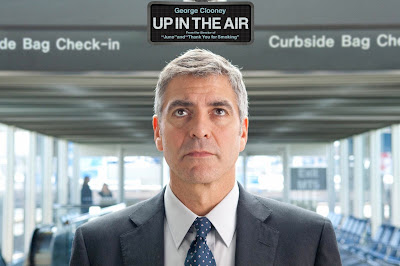 Anyone reading the trades would get the impression that “a movie” is synonymous with “a plot”. Anyone reading a screenwriting book would think that a “a movie” really just means “a character.” So which is it? Well, you can’t have one without the other, of course, but that leaves us with a huge conundrum: which comes first? Do you create an interesting character and then craft a situation around them, or do you create an interesting situation and then figure out who might be dealing with it.

The short answer: I just don’t know. This is a question I agonize about. Either way is dangerous. If you start with a character, even if they’re fascinating—especially if they’re fascinating— then they’re going to be resistant to change and unwilling to put themselves in danger. Beware of the “character piece”, where we watch someone drift from scene to scene, encountering characters who define them, but don’t challenge them.

Up in the Air is a good example of a movie that was defined by the character, not the plot. It was about a rootless efficiency expert who is only happy when he’s on an airplane. That’s an interesting character. But the challenges he runs into (having to compete with a young colleague, falling for a married woman) never seriously challenge that core characterization. The movie is more about defining the character than re-defining him, and that’s a problem. Clooney’s character is an unstoppable force (of rootlessness) that never meets an immovable object, so the movie never kicks into gear.

In movies, as in life, what we feel and believe is ephemeral. We see ourselves one way, the world sees us another way, and who’s to say who is right—until the rubber meets the road. We don’t know who we really are until we hit an obstacle. Trying to define yourself, or your characters, outside of a major challenge is a slippery business. 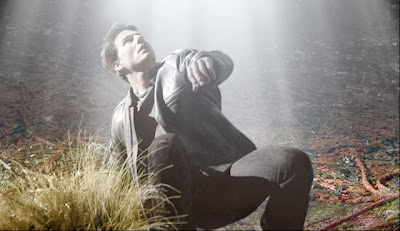 So let’s start with a plot instead. This is more common. Situation: an alien invasion. Great. But who deals with it? Who’s the character? What is the character’s relationship to the plot? If you spend a lot of time coming up with a cool situation before you pair it to one character’s journey, then you could end up in big trouble all over again.

H. G. Wells’s novella “War of the Worlds” is about a hell of an interesting situation, and it’s lived on as a successful radio drama, a pretty-good 1957 movie and a so-so 2005 movie. Each version coasted on the value of the very-cool concept: Martians shoot pellets at the Earth, from which vehicles emerge that shoot death rays, but they are defeated by their lack of immunity to earth viruses. But there was one thing that all of these versions lacked: memorable characters.

In the 2005 version, Tom Cruise was an aimless divorced dad trying to redeem himself and protect his kids. Okay, but what does that have to do with aliens getting defeated by a virus? Nothing. The character arc and the plot never intersect. War of the Worlds is a plot that doesn’t have room for any characters. 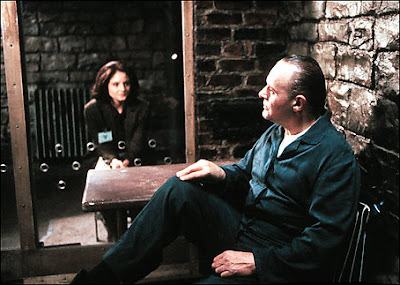 Great movies have characters and plots that can’t live without each other. In Silence of the Lambs, Clarice isn’t interesting enough for us to just follow her around at FBI camp, generating her own conflict and getting to know herself. If the opportunity to interview Lecter hadn’t come along, there would have been no movie. By the same token, there would have been no movie if another, less conflicted agent had been sent to interview Hannibal Lecter. He only agrees to help solve the case because he finds Clarice so compelling. This plot was necessary to re-define this character and this character was necessary to instigate this plot.

So… the big question… if you wanted to write the new Silence of the Lambs, would you start with the plot or the character?? I invite comments…
Posted by Matt Bird at 9:30 AM

For me, it depends entirely on the situation. Sometimes I come up with a fabulous character first, sometimes with a great plot idea. But I always do my best to make them work together, because they should be closely tied.

Thanks for these great examples!

Ideally both the plot and the protagonist come to you whole in the initial flash of inspiration. And the real beginning work of writing is making sure they are a good fit for each other and that they offer up the full thematic juice of the story.

You've written in other older posts about how a premise can get people in the seats but they'll only stay or love the movie or tell their friends about it later because of the characters. But I'd say it's more about the perfect fit, the ideal organic relationship of the characters to the story.

Here's a way I test ideas:

I've just finished screening the complete DEADWOOD and was stunned to hear David Milch talk about the show's origins in a pitch meeting at HBO. He was coming in to sell them an idea about ancient Roman street cops, the world's first lawmen. They already had their Rome series in development, unbeknownst to him and asked if he could imagine similar conflicts in a different historical setting, so he came back a few weeks later with DEADWOOD.

The crazy thing to me is how perfect the entire idea of DEADWOOD is in relation to what the show is about. Of course, Milch likes to write by the seat of his pants and discover what his show is about as he's making it. But I can't conceive of the richness and thematic density of the show and the characters -- especially the ideas of "order without law" and people like Al Swearengen -- as fitting any world but DEADWOOD.

Milch asserts that he switched gears with ease from Ancient Rome to the Old West, but I somehow doubt his hypothetical Rome show would have been as good as DEADWOOD and thank our lucky stars HBO forced the change upon him. One big reason is simply this the perfect organic fit of the genre. The Western is naturally, inherently about issues of justice and civilization.

About your two examples:

With SILENCE OF THE LAMBS, Harris already had one appearance of Lecter under his belt in RED DRAGON, so he knew that character and wanted to feature him in a bigger way. Starling was initially more about the intuition that an FBI woman was a fresh concept in genre fiction at the time, but the idea of her character was also obviously a perfect choice for someone who's "the wrong person to mess with," easily underestimated both by Lecter and her law enforcement colleagues. Not to mention that the ultimate and largely unseen villain Buffalo Bill hunts women and covets their femininity but is also terrified by them.

I disagree slightly about UP IN THE AIR. What I found so refreshing about it was how the movie played against expectations that its hero would experience a major change. And still he does change a wee bit. He doesn't recognize the total error of his ways or become a Scrooge-like repentant or settle down, but he does become ever-so-slightly more self-aware of his impact on and responsibility to others and definitely less of a jerk.

I think that, in retrospect, one problem I have with "Up in the Air" is that both women ultimately make Clooney feel more justified.

He needed to meet someone who made him look BAD, who could convince him that he had to do better. That would have tested him more than those two ladies did. He never found that.

Compare him to the hero of Reitman's previous movie, Juno. She, too, has a too-cool-for-school attitude at the beginning, but then a difficult situation forces her to realizes that she has misperceived almost everybody in her life (Janney, Cera, Bateman, Garner) and so she goes through a profound change.

I know that movie stories are supposed to be about change, but can't they sometimes be about epiphany? More like a short story?

To me Clooney's character represents someone to whom a movie story arc would never happen. Because if he met someone who actually deeply challenged him, he'd run screaming and the story would be over in the first half hour.

Does that mean he doesn't go on a journey or learn something about himself?

Is he really more cynical in the end? I suppose I'd put it more like he's a little more honestly and less defensively who he is.

This reminds me of the question I used to bug composers with: do you start with the lyrics or the music? Or Do you start with a melody or rhythm or harmony? No one gave me a straight answer. When I started composing, I learned first hand how unanswerable that question is. Sometimes it's a mood, a tone I want to capture. Sometimes it's a snippet of a melody. Always, several considerations present themselves simultaneously, interacting in ways that are hard to separate.

I don't mean to say your question in unanswerable, I just don't know how. In my fiction, I've started with a premise as well as with characters.

"Do You Start with Plot or Character?" gets us back to Yeats's question: "How can we know the dancer from the dance?"

I think one good way to go about it is similar to how "plots" start in real life.

It doesn't start with an MC. It starts with a villain.
Because whatever or whoever your villain is, they are what creates your problem.

Villains plot. What your villain is plotting is your plot. (Okay, fine, it's your premise, but that's at least the first half of your plot.)

Out of your problem arises the question, "who will save us? who can save us?" Your hero then has to meet that need. Heroes are born in answer to situations. Stories that do otherwise end up with a weirdly solipsistic world where everything seems to be spontaneously generating for the sole purpose of existing for one person.

Or, like you said, defining a character instead of redefining them.

A friend and I call this "THE MAN." Some writer comes up with some butt-kicking vague incarnation of themselves but awesomer and then throws flying monkeys at them so they can show off their flying monkey attack skills. Or they throw women at them. Or cars. Why? Cause they're THE MAN.

One could argue that a villain has to have a motive, which requires some sort of plot. Not true, because the villain's motive is backstory, not plot.

Up In the Air was playing on a six-hour plane flight I took once. It was the on-flight movie both ways. I remember putting in my headphones and trying to care about whatever was happening to George, but it never seemed to be much. He looked nice though.

So I went to sleep instead.

Wow, Christine, this if pretty right-on. I gotta think about this...

Christine, I love your "Villain creates the plot, hero is created by the question 'who will save us'"

I had sort of suggested similar things before myself, here and here. After all, it’s usually better to have a hero that’s the worst thing that could happen to the villain, rather than vice versa.

But in terms of generating ideas, this method works better for genre pictures than for dramas or comedies. If you started with a cheating Italian bicycle team as your villains, you probably would never end up with Breaking Away.