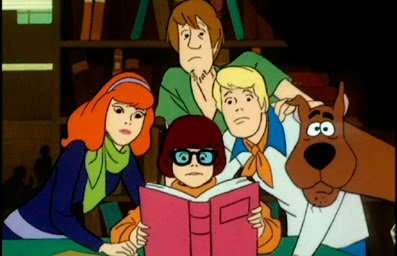 It’s not hard to toss in a few “I have no other options” and “this opportunity is huge” scenes near the beginning of your story. The real reasons that writers don’t do this is because they say “those scenes are too cliché, everybody does that.” But everybody does it for a good reason. Stories –especially big, exciting stories– don’t work without them.

Let’s take mysteries. In an adult story, if your hero’s going to solve a mystery, there are only a few acceptable reasons:

If you want, you can even combine two or more of the above, though you start to run the risk of overmotivation. But even two is better than none. Characters without a strong motivation have no reason to put themselves through the suffering they’ll have to face in the second half of your story.

Children’s stories are different, because there’s very little jeopardy. The problems are small, so they can be tackled even by heroes with small motivations. The Scooby Gang’s motivation was “I heard about a mystery and decided to solve it.” That’s enough for them, because nobody ever gets hurt, so they never have reason to reconsider their capricious decision. But in adult stories, things are going to get tough, and the hero will need a big reason to stay on the job, or else your audience will smell a rat. People only want what they want.
Posted by Matt Bird at 8:41 PM

I wish you would come back to this topic... and mysteries in general.

Motivation has been a hot topic for as long as most folks can remember. Some define motivation as a drive or my motivation in life