How to Create a Compelling Character, Step 4: Determine their Default Personality Trait 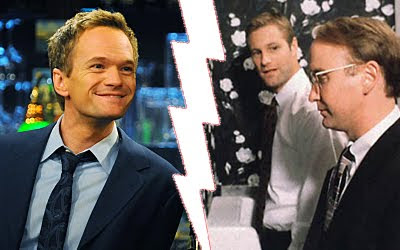 I talked before about one way to determine how a character will talk: their metaphor family. That’s a great way to decide what language they will use, but now I’d like to talk about an equally important tool for creating a believable and consistent personality: Choosing a Default Personality Trait. This is a tricky topic: First I’m going to try to differentiate between three different but related aspects of a hero’s personality:
First of all, every character has an emotional state that changes wildly from scene to scene. As they go on the most momentous journey of their lives, they’ll quickly pass from frustration to joy to despair to triumph and everywhere in between.

Separate from their emotional state is their philosophy. In real life, this changes gradually over many years, but movies are a little different. One of the main reasons we go to movies is to live out the fantasy that our philosophies can change all of a sudden due to one cathartic incident, as we talked about yesterday. Unlike emotional fluctuations, which happen in almost every scene, characters will engage in one big philosophical change over the course of the story: from selfish to big-hearted, from innocence to cynicism, from loner to joiner, etc…

Because characters are in such an extreme state of flux, it’s tempting to simply declare that they have no fixed personality for the time being. After all, they’re questioning everything, so they’re hard to nail down. The danger is that “no fixed personality” quickly becomes “no personality at all”. You need to find a few hard-and-fast rules that always govern how a character talks, even as their emotional state varies and their general attitude shifts. This is their Default Personality Trait.

When you first meet someone, it can be hard to tell the difference between their current emotional state and their default personality trait, but it becomes obvious over time. A certain overall aspect of their personality will always shine through, no matter what their mood or their current philosophy might be. Movie characters should be the same way.

One problem with stamping a label on someone’s default personality trait is that it often seems like a judgment—but it isn’t. No matter what the trait, it can be either sympathetic or unsympathetic. Don’t believe me? Check out this chart:

(Hmm… I just wrote two screenplays in a row about salesmen, so I assume that that’s why I chose mostly salesman characters?) The point is: even though you’re taking your characters on an emotional roller coaster, and even though the whole point is their eventual shift in philosophy, there still needs to be some small aspect of their personality that never changes, because it’s in their DNA. That way, they’ll still seem like a real person.

Another good and informative run of posts this week. I'm wondering if you could say a little more about the relationship between the ideas of "metaphor family" and "verbal DNA." Would it be correct in your estimation to say that someone's "metaphor family" is the most primitive or essential building block of his/her "verbal DNA"?

No, that's not exactly what I mean...

"Metaphor family" is the element of their background the provides the main source of their colloquial language, whether that happens to be their job or their cultural background or their hobby.

"Verbal DNA" is that aspect of their mood that never seems to change, no matter if they're happy or sad, or triumphant or despairing.

If you accept that neither side in the "nature vs. nurture" debate is exclusively correct, then you can say that their Metaphor Family is the aspect of their language that comes from their nurture (background and life experience) and their Verbal DNA comes from their nature (Some people are just born shy or outgoing, or meek or aggressive, or whatever.)

Black Books is so under appreciated it's criminal.

This is a really good analysis, but I'm not sure if it goes far enough.

I think there's at least one more layer: default personality trait in a given situation or situation type.

I'll use myself for an example, because I know me.

As a human being, I have a few default personality traits: optimism, belief that hard work will out; always attempting to understand where others come from; jealous protection of my personal time and space; poor reaction to sudden changes in plan, coupled with a perfect willingness to go planless; willingness to experiment; willingness to look bad if it means something good will come of it.

One could, I suppose, reduce that to "rigid optimist," but it loses the nuances: I'm cool with planlessness; it's only when plans have been set that they lock into my head as The Thing That Must Be. I'm willing to look bad during the learning curve for a new job or a new skill, but tremendously embarrassed when I look bad on something I *should* know. Etc.

I suppose it could be argued that this tradeoff is necessary, at least in movies; I'm a prose writer without a lot of screenplay experience, so I can't speak to them. But I still feel a gut reaction to the premise that a single "default personality trait" is sufficient to tell a character-based story that depicts a "real" character. It feels like a good start, but just not enough.