How to Alienate An Audience, Part 6: We Hate The Love Interest 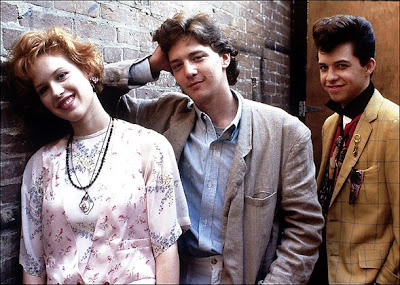 This is another big one. This can stop any story dead. If the hero falls in love and doesn’t take us along for the ride, we turn very cold very quickly. Let’s return again to the Onion AV Club’s Inventory column, where they recently considered 24 Romantic Comedy Characters Who Don’t Deserve Love. The lesson is that you don’t get to just tell the audience that the hero loves this person, you’ve got to show them why. Naturally, it kills a romantic comedy if the audience isn’t feeling it, but it can also do a surprising amount of harm to action movies, horror movies, thrillers, dramas… just about everything.

The problem here, ironically, is that writers are writing what they know—or what they think they know. They remember when they met their soul mate, and how he or she seemed so astounding to them. So they write, “the hero sees, across a crowded room, the most beautiful person in the world,” and assumes that the casting director, lighting and make-up people will make it so, and then the audience will fall in love.

But the problem is that the writer has forgotten what happened after that golden memory: when they went back to their friends and said “Gee, is that the most beautiful person ever or what??”, and their friends rolled their eyes and said “Well... If you say so.” Love at first sight looks very dubious when viewed with a little perspective, and for good reason.

Usually, you want to create powerful scenes by tapping into your own emotional memory and recreating that feeling on screen. But in love scenes, the most emotional scenes of all, you actually have to dial that back and be a little more circumspect. What is love, really? Well here’s a C.S. Lewis quote I got from a subway ad: “Friendship is born at the moment when one person says to another, ‘What! You too? I thought I was the only one!’” That’s even more true of love.

Every love scene is about one thing: “I understand you.” If they don’t understand each other, it’s not real love. Love scenes that are about physical attraction, or, even worse, meeting the only potential match for them in the whole story (again The Matrix comes to mind), are death.

Even if you did fall for your mate at first sight (and I certainly did, so it happens) that puppy love only becomes true love as it passes a series of tests, and the final test is always this: “Do I understand this person and do they understand me?” This is the question that Molly Ringwald fails to ask herself at the end of Pretty in Pink, which is why it has one of the most alienating endings in movie history. If, on the other hand, we see that the hero and heroine understand each other, you can make the audience want, nay, demand to see them get together. But... you can still screw it up, as we’ll see tomorrow…

I've always heard that Molly was supposed to end up with Jon Cryer, but in previews the audience was disappointed that she didn't end up with what's-his-face, so they rewrote it. I always identified with Duckie, myself. Maybe sometimes audiences only think they know what they want. Or maybe they were targeting a shallow audience?

What's interesting to me is the fact that the wrong guy winning at the end makes the movie more memorable. "Some Kind of Wonderful" isn't wildly different from "Pretty in Pink" but (SPOILER ALERT) the best friend does get chosen in the end. And somehow that better romance is less memorable. Unlovable Ducky, certain he's in love and not getting chosen, is the more resonant experience.

Yeah, PIP is an interesting example of a successfully highjacked movie. People like the movie because they like the rejected suitor so much, even though we sense that the moviemaker actually wants us to be happy for the lovers, who we could care less about. In an attempt to make a stand-up-and-cheer movie about the triumph of a crush, they ended up with a painful drama about the cold reality of rejection.