How to Create a Compelling Character, Step 6: Give Them A Painful Dilemma 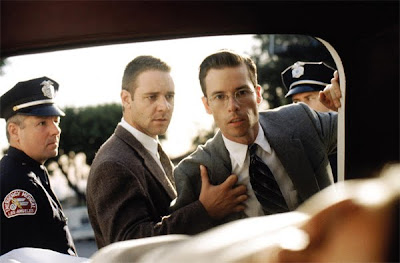 Once again, I’m drawing a lot from McKee today... Heroes need to be tested, and to test them, you need to give them a big problem that forces them to make a choice. They need to face a dilemma. But It’s very easy for a writer to screw this step up. There is no quicker way to kill audience sympathy for your hero than to give them a false dilemma.

It seems obvious in retrospect, but until McKee stated it plainly, it didn’t really sink in to me that a hero must not choose between good and evil. Such a decision may seem huge and difficult, but it isn’t a painful decision, and if you pretend it is, then you’re belittling your hero and your audience. A hero must choose between either two goods or two evils, as they perceive them. Otherwise, the audience will be infuriated. When your hero merely has to choose between good and evil, or love and self-pity, or action and inaction, that’s called a no-brainer. The only people who agonize over no-brainers are those with no brains.

When William Styron’s heroine Sophie decides to flee from the Nazis with her children, it’s a difficult and momentous decision, but not a painful one. She is choosing good over evil, and action over inaction, so even though it causes great upheaval, it’s not a truly dramatic moment. But when the Nazis later make her choose which of her children they should kill, it’s gut-wrenching, and excruciating for us to read about.

“Sophie’s Choice” features an extreme dilemma, but every hero must get torn up inside over something. Choosing between love and loneliness is boring, but choosing between your mother and the love of your life, as Mark Wahlberg almost has to do in The Fighter, is a painful dilemma. Miserably broke Umberto D.’s decision to kill himself would be a no-brainer, if only he could find someone to take care of his dog, but he can’t, making it a painful dilemma.

For Clarice in Silence of the Lambs, the only way to catch one serial killer is to give another one what he wants. In Jaws, the only way to save the townspeople is to kill off their economy. In both cases, these are not false choices. The heroes achieve their goal at the end but only at the cost of huge consequences. Lecter escapes, and the economy of Amity is shattered. Our happiness at these endings feels earned because we’ve accepted the serious consequences of the victories.

Of course, what may seem to a callous observer like an easy decision is usually much more painful when viewed from the inside. In such cases, your job is to make it clear that, to the hero, what seems to be a no-brainer is actually a choice between irreconcilable goods. A cop’s decision to turn over a dirty partner to Internal Affairs always seem simple to those who don’t understand cop-culture. The writer must plunge us so deeply into that culture that we truly consider for a moment that it might be the wrong thing to do, that the wheels of the system really do work better when they’re greased. Then, when the hero finally does the right thing, we can be impressed that he was able to rise above the moral swamp that had started to drag us down. Prince of the City and L.A. Confidential both do this beautifully. 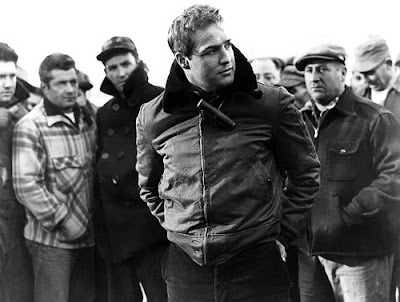 At the risk of saying something heretical, I would say that this is why On the Waterfront just doesn’t work for me. The movie sees itself more as an exposé than a drama, so it avoids giving the dockworkers’ union any positive qualities. Even a mob-controlled union, such as the one portrayed here, is going to spend 85% of its time working for its membership in many different ways and 15% of its time engaged in the corruption that screws it all up. If we saw that in the film, then Brando wouldn’t have to spend so much time telling us that this is a hard decision, we would feel it. Because we see no advantages to his union membership, Brando’s agonizing seems tedious and silly. Karl Malden and Eve Marie Saint just keep rolling their eyes: What’s wrong with you? I find myself agreeing with them.

This is one reason why movies are an inherently humanistic medium. Movies are good at showing, but bad at telling, so you can’t tell people what’s right or wrong, you have to show them. The only way to do that well is to present both sides as valid choices before your hero makes their decision. It’s a paradox: to denounce anything, you must first learn to make a case for it, or else your story will not convince anyone.

So now we’re happily tearing our heroes apart with all of these contradictions and dilemmas, but they can’t compel us forward through the story unless they’re able to do something about their problems! More about that next time...

(I hadn’t meant for this to spill over into a third week, but ah well... I think it’s just two more entries to go. We’ll get back to movie recommendations at some point...)
Posted by Matt Bird at 9:24 PM

Movie recommendations are fine and good, but it's posts like this that keeps me coming back to your site.

I agree. Keep the exposition coming.