Storyteller’s Rulebook #18: It's All About Luck, Skill, And The Other Thing 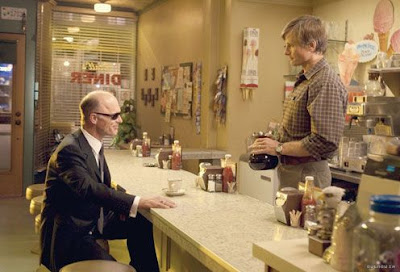 Last year there was an article in the Village Voice that caused the online screenwriting community to erupt in torrents of rage, bitterly dividing outsiders from insiders. They started screaming at each other in the comment section and by the time the storm had blown itself out there were 1061 comments and no resolution. It was an age-old debate: is skill or luck more important? I think that you need a lot of both, but there’s an essential third quality that makes all the difference…
Josh Olsen is a big-money screenwriter who got an Oscar nomination for A History of Violence. I didn’t like that movie, but I respect his craft and his success and when I heard him speak he seemed like a nice guy. He wrote a clever, tongue-in-cheek article that could have been written by any successful writer, addressing an unfortunate phenomenon: He had discovered that he couldn’t go to a party anymore without someone begging him to read their script and give them feedback. He would take them at their word and agonize over how to give constructive feedback to a totally untrained writer. But they didn’t really want notes, they just wanted to be discovered, and saw Olsen as their “in”. When he told them that they needed to re-write their script, they would go ballistic. Tired of it all, Olsen wrote a comically hyperbolic article entitled “I Will Not Read Your F--king Script!”
The comment war that soon erupted was illuminating. On the one hand, you had a lot of angry comments like these: “Wow, who do we blame in the business for reading Josh Olsen's script and giving him a career?” Or: “You, sir, suck. You got where you are (by the way, not such a lofty place) because someone read your script and gave you a benefit of the doubt.” Then you had a lot of insiders leaping to Olsen’s defense. Many of them made good points, but there was also a tendency to claim that luck has absolutely nothing to do with success: “if you write something worth a damn, you'll have 10 a-hole agents banging at your door" Or: “If your script was any good, you could leave it on the floor of a Garden State Parkway bathroom and it would get made. Good scripts get made. And good writers get jobs.” Hollywood, they claimed, was the world’s first perfect meritocracy.
So a lot of outsiders insisted that their struggles were entirely due to bad luck, and a lot of insiders claimed that their success owed nothing to chance. Both of these are self-congratulatory narratives, and neither is really true. In reality, it takes a lot of luck and a lot of skill. You have to be in the right place at the right time, but then you have to deliver the goods consistently. Fate does play a hand, at least for a while, but it’s hard to fool anybody once you’re in.
But what neither group wants to admit is that there’s a third factor. And this factor correlates to success better than the other two. It is, in fact, the single most important factor that determines whether or not you will be a success in screenwriting or any other area of life, but it’s one that people don’t talk about, because people who have it don’t want to admit they have it, and people who lack it don’t want to admit they lack it. But somewhere, deep down, we all know it’s true… …You have to be eager to please.
And you can’t fake that. You can’t think, “Hey, I’ll get rich if I pretend that I want to please these jerks!” It doesn’t work. You have to be genuinely eager to please. You have to want to make producers happy. You have to want to find an audience. You have to want to make a connection, on all levels, whether you aspire to be a great artist or merely an entertainer. It has to make you happy to satisfy other people.
If you have that one quality, you’re going to have a decent shot. If you don’t, then you really are out of luck.
Posted by Matt Bird at 10:16 AM

All the way through today's blog, I was trying to think a step ahead and intuit what you would define "the other thing" to be. I came up with quite a laundry list of possibilities, but when I finally saw the point you were making, it struck with a heft that rang true. I'm a published novelist, not a screenwriter, but the overlap is large, and I've encountered way too many people who seem to have a basic contempt for the segment of the market they're attempting to target. In the 23 years since my first sale, I have yet to see one of those people succeed.

This is my first time visit to your blog and I am very interested in the articles that you serve. Provide enough knowledge for me. Thank you for sharing useful and don't forget, keep sharing useful info: Career