The Story: A laid-back old-school CIA man gets unceremoniously fired by his new neo-con boss. Rather than fade away, he decides to set off a few bombshells, in the form of a tell-all memoir. But does he really want to blow the whistle or is he just jerking their chain? He keeps everybody guessing right until the climax.

How it Came to be Underrated: Ronald Neame (The Horse’s Mouth) was a fine but anonymous director. By consistently letting story take precedence over style, he ensured that his movies would be good but also that his name would be totally forgotten. Even his best-known-for-the-worst-reasons movie, The Poseidon Adventure, is better than its reputation.

If You Like This, You Should Also Check Out: A darker, even more realistic depiction of spycraft from around this time was the British TV epic The Sandbaggers, newly out on DVD.

How Available is It?: It's on DVD and available to Watch Instantly.

Today’s Post Was Brought To You By: America's Undercover Ace! 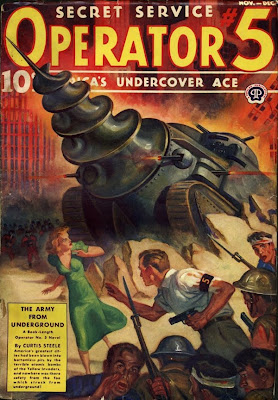 Reasons 5-12 of Why This Movie is Great: Sam Waterson.

Like the director, the Waterson of this era was all too good at disappearing into the role (ask people about his memorable Nick Carraway in Redford's The Great Gatsby.) Here he manages to play a man being loyal to both sides without ever being a hypocrite so well that it was probably my third viewing before I realized the mutually-silently-acknowledged sleight of hand going on in his final encounter with Matthau -- though his irritation when Matthau tousles his hair looks genuine.

A movie that gets better with each reviewing.

You forgot to list the the availability on this post. (Not to be the irritating blog police -- just figured you'd wanna keep the format consistent).

This is one I've seen. My favorite Matthau movie. Great pick!