Storyteller’s Rulebook #2: A Movie Is About A Problem, Not A Person 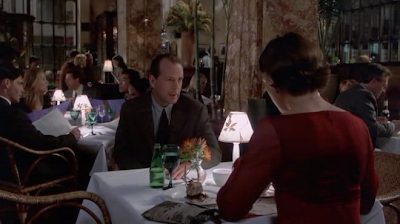 I love The Sixth Sense (which I’ll spoil the ending of, if you haven’t seen it). And one reason I love The Sixth Sense is that it got me. I didn’t see the big twist coming. I later rewatched it, trying to figure out why I didn’t notice that Willis was dead, when suddenly I had a revelation that changed the way I write and even the way I watch movies: A movie is not about a person, it’s about a person’s problem.


Bruce Willis’s character is fighting with his wife. We assume that this is because he works too much. Actually, it’s because he’s an invisible ghost and she has no idea he’s still around. But here’s the crazy thing: they have scenes together throughout the movie. So why don’t we notice how extreme their lack of communication is? Why do we assume that they’re just freezing each other out? Because we’ve been trained to expect very lean storytelling in movies. The first time we watch the movie, we falsely infer that Willis and his wife are still saying a few words to each other every morning and evening, but we’re just not seeing that onscreen. A movie that only shows a couple fighting is not unusual, because a movie isn’t about a person’s whole life, it’s just about a person’s problem.

This is why they say not to begin a story with the hero getting up in the morning. That’s not when their problem started. This is also why they say that you should enter a scene in mid-conversation and leave before it’s done. You’re not following someone throughout their day, you just need to focus on one problem in their life.

Very insightful. in media res cuts out all the "shoe leather": the lead up and exit from the important moment. Eddie Murphy directed a picture where he was a Prohibition-era hood with Richad Pryor. There's a scene where Eddie drives up, turns of the engine, sets the brake, opens the door, gets out, closes the door, walks around the car, knocks on the door. YAWN.

That's shoe leather. Today, that lesson has been well learned. Now, he'd say, "I'm gonna go to x". The next shot would be over his shoulder, knocking on the door, which x opens immediately.

That's another reason to not start the scene with the Lead getting out of bed -- unless it's on fire.