Storyteller’s Rulebook: Unfortunately, You Have to Motivate the Racism 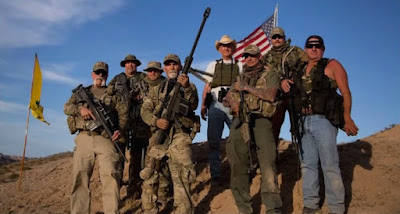 So let’s talk about racism as a character’s flaw. It’s tricky. It’s certainly a common-enough flaw in real life, and it can be compelling to watch a hero painfully overcome it to become a better person. (Or even compelling to watch an anti-hero wallow in it without overcoming it.)

But it’s definitely not a flaw you would admit to in a job interview, which are the types of flaws I usually recommend. It’s not a flaw we would ever want to identify with in the first half of your story.

If your character is racist, it’s important not to overdo it. In one book, the racist hero met a kindergarten class of kids from the other race and treated them as if they were subhuman. That’s not how racism works. Even the worst racist is swayed by an adorable kid from the other race.

If your hero is going to be a believable racist, they should probably think of themselves as anti-racist, as most racists do. Let them hang themselves when they try to explain that they’re not racist.

Here’s the biggest problem with having a racist hero (or a racist anti-hero): If we’re going to empathize with and believe in the reality of this hero, then you have to show some reason for the racism, even as you totally condemn the flaw. The racist has to have a point, albeit a warped and wrong-headed one.

One of my classmates was writing a show about anti-immigrant militiamen on the San Diego-Tijuana border. Her anti-heroes were just flat-out racists with no legitimate arguments on their side. The writer knew the show wasn’t working. I suggested that she move the show to the El Paso-Juarez border, with much more extreme violence and drugs on the other side. That way, her heroes would have a more rational reason to fear what might come in over the border. But then, once she had established that that they might have a point, she could and should indict them as racists using their semi-legitimate fears as an excuse to condemn a whole race.

Racists often have reasons. Maybe they or someone they know was mugged by a member of the other race. Maybe their job guarantees that they only ever see the other race at their worst. As a writer, you can’t be afraid to show those reasons, and then condemn the lazy thinking that caused the character to wrongly generalize to blanket racism.

You've made this point many times, but it applies here especially: you've also really got to do your research on this topic.

Talk to people, read books and articles, watch documentaries. Most people you and I would describe as racists (especially those in those US-Mexico border towns you're describing) don't talk the way we expect them to. If you want to make the character both sympathetic and realistic, make sure they talk the way real racists do, not in Nazi slogans.

I'd also add that I am acutely aware of the ways that I have been acculturated into racism as a white male American. I try my damnest to fight against that culture, but there is no question in my mind that "good people" like me (if I can be excused for calling myself such) harbor a lot of racist/prejudiced attitudes, even if they have been watered down over time. So I'd suggest that writers looking to write about racists take a good long look at their own attitudes and think about the ways they might share some of the same attitudes as their character.

Unfortunate, but not every racist is swayed by the "cute little kid" theory; studies show that bias against brown children begins in preschool. People of color are scrutinized and expected to screw up, even at an adorable potty-trained two.

As for the idea that a person has to show reason for the racism...

I think the word you're looking for here is excuses.

Hi Tanita, haven't heard from you in a while!

I think that preschool teachers punishing the black preschoolers more harshly still aren’t likely to say “I don’t trust the black ones.” I think it’s more likely that they don’t even realize that they’re being harsher due to their racism. There are exceptions, of course.

Still pondering this. I think the... logic flaw for me about "showing racism through reasons" is that racism - institutionalized racism like we have in this country - has. no. reasons. It's in the water. You don't need to be mugged, jumped, or rape to hate and other. You just need to think someone is going to get what "should" be yours - whether that's your place in a college or university which you think is somehow God-given and reserved, whether you think it's your right to stride wide in the middle of the street and kick others to the side. Maybe the author needs to understand this, and write accordingly, but I'm not sure I'm convinced that this needs to appear as part of the narrative breakdown. I think of the Sam Vimes character in Sir Terry Pratchett's City Watch series -- this was a police captain who was speciesist, racist, sexist, xenophobic - and there's no reason for it, and we never get a sense that he's rehabilitated, as he moves up the ranks - no. He decides that specific people are more worth his time; his female lieutenant he finally decides is a weapon ready to hand and respects her as such, but he never loses his basic butt-headedness. And, in a way, it's a good thing - because then none of the people he others is responsible for his rehabilitation into a reasonable human being.

I think at the root of my dis-ease with this concept is that watching a racist redeem him or herself in a narrative all too often puts a burden on the other characters - generally the ones most maligned - to be the instruments of his painfully compelling change. Like moving the show to Mexico, these people's very brownness does the work of convincing viewers that of course there's some excuse for the racism that the characters display. I'm just not sure that helping find these excuses is the writer's best course.